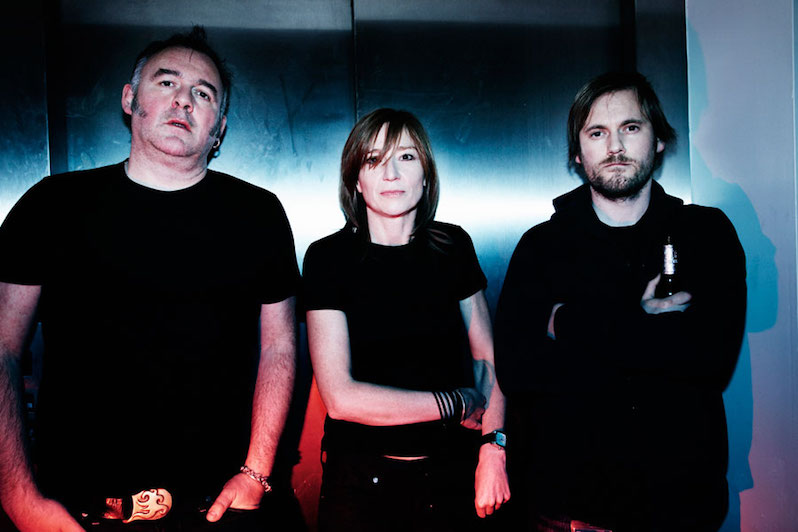 Welcome back to the Treble World Tour, a series of Top 10s covering albums that best represent certain locations—cities, states, territories, even entire nations. We consider representative releases on three levels: They were made by artists from a place, they contain music about or inspired by the place, and/or they were made in that place. It sure feels like England has more musical city-scenes per square kilometer than any other country, so our first incursion there—to the southwestern hub of Bristol—should be the first of many. The nation’s 8th largest city, Bristol is home to a wide swath of darkly emotional music informed by its working-class nature as a port on the Avon River. Punk, post-punk, and New Wave acts sprung endlessly from its streets in the 1970s and 1980s, eventually coalescing into signature electronic styles. The “Bristol sound” of the 1990s, particularly what would become known as trip-hop, gave the city a permanent place in the annals of music history. In recognition of both the 25th anniversary of Portishead’s Dummy (a landmark of that genre) and the release of new music from their lead singer Beth Gibbons, this World Tour stop focuses exclusively on 10 artists from Bristol and the albums that lifted them and the city to legend. 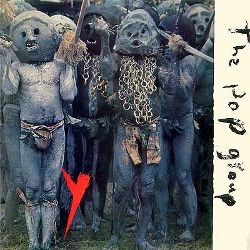 Bristol wasn’t homebase for post-punk in the UK. That was Manchester, home to Factory Records, The Fall and The Smiths. On a smaller scale Leeds also laid claim to that title, producing agit-punk iconoclasts such as Gang of Four, Mekons and Au Pairs. But Bristol had The Pop Group, a band of politically-charged, dub-influenced soundwreckers who made funk sound more dangerous than it ever had before. Their debut album Y is an exercise in itchy grooves, scathing social commentary and no wave skronk. Of course, this twisted sound didn’t take hold in much of the rest of Britain. Australia’s The Birthday Party even traveled halfway around the world only to find that their new home of London had little to offer in the way of music this incendiary. – JT 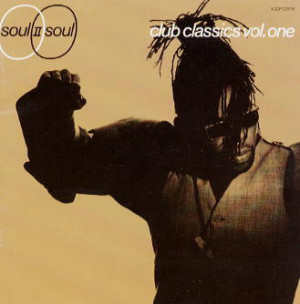 Instantaneously, Soul II Soul opened up and created such a massive space where so many versions of Black Music—no, global Black Music could exist, shine and hang out. And not that corny World Music thing Black Folks in the states were never trying to hear either. I’m talking Neo-soul, British funk, reggae, house, dub, R&B, lovers rock, hip-hop, post-disco, smooth jazz even. It only made sense that Jazzie B’s creation, which originally started as a sound system playing records at street parties where their clothing style, dubbed “Funki Dred”, would become a Global Brand that communicated Unity to and for all, beneath the unmistakable Afrocentric parasol. “Keep On Movin’,” a simple directive in the title was released in 1989 and musically placed an “open for all dancers” oscillation in your earhole, presenting stoic post-disco compositions right next to serious Black British funk attitude like never before. Vocalist Caron Wheeler was and still is the most recognizable singer for the group, invites us to dance on the model single “Keep On Movin”, then expresses positivity and sensuality on the affirmation groove of “Back to Life”. Both selections glide along with drum machine elegance and restrained but graceful string orchestrations around the fringes. Yet it;s “Fairplay,” with its sparse production, talkback bass line, hand claps, and keyboard enhancements, that conveys this group doesn’t need high mindedness to get across a serious lick. Here we get stuck. Transfixed, not just seduced, by the funk. Summarized perfectly by vocalist Ross Windross when she candidly repeats throughout, “’cause it’s all about expression.” – JPS 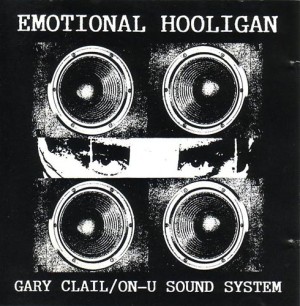 There’s a wide range of output credited to different combinations of Bristol singer/producer Gary Clail, the On-U Sound label founded in London by studio genius Adrian Sherwood, and New York industrial hip-hop group Tackhead. Other releases include harsher, more dubbed-out sounds that might earn all of them more points with critics, but this LP serves as Clail’s commercial peak after years of tooling around in front of mics and behind mixing boards. Spawning four singles from the Bim Sherman reggae collaboration “Beef” to the title cut calling out domestic violence, Emotional Hooligan is an earnest collection of Clail’s half-sung, half-chanted digital funk. It parallels the politicized work of the London-San Francisco axis that incorporated acts like Consolidated and Meat Beat Manifesto. – AB 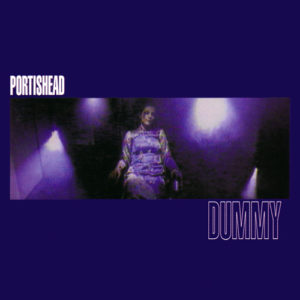 This product of the wavering folk-fed vocals of Beth Gibbons and the synth studio experiences of Geoff Barrow—fleshed out by the production of legit jazzbo Adrian Utley—is one of the classiest LPs ever made, let alone to come out of the Bristol scene. It’s a Mark Rothko painting of an album, tints of blue and black that spark our imaginations in the direction of both cool and creepy elements of supper-club flirtations, spy-movie intrigue, and hip-hop street cred. Sure, “Sour Times” may be so successful and ubiquitous as to earn the occasional dip into self-parody. Yet Portishead’s despairing, clattering version of soul across the whole of Dummy—the scene-setting “Mysterons,” the legitimately upbeat “Strangers,” the stroll into the sunset of “Glory Box”—earned its trip-hop label. Often imitated, never duplicated. – AB 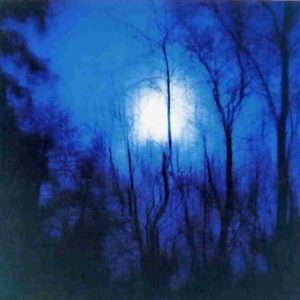 Bristol’s a city with a population of half a million people, but Flying Saucer Attack would lead listeners to believe it’s actually an eerie wooded area, the site of which plays home to occult rituals and, naturally, paranormal visitations. Further is the band’s masterpiece, a shoegaze album that’s as much a folk album as much as it is an ambient record. There are structured pop songs here, like the elegant “Come and Close My Eyes” or the stunning “Still Point,” which could pass for Fairport Convention or The Pentangle through a filter of noise. But the group evokes something beyond our known realm when delving into the sonic freakouts of “To the Shore” or the eerie hauntology of “Rainstorm Blues.” – JT 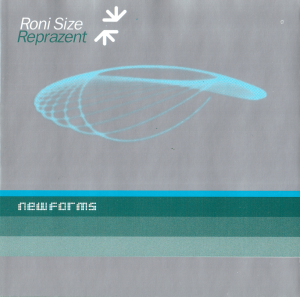 For a short time in the 1990s drum’n’bass, or jungle, was all over the United Kingdom. The insistent rave offshoot fed off of the sped-up “Amen break” and dark reggae references; new artists play it to this day, and we hear hints of it in dubstep-turned-EDM and the footwork subgenre. But jungle had few champion names and fewer distinctive album-length releases. That shortest of shortlists must include this massive 1997 set from Bristol producer Roni Size and the Reprazent crew—DJ Krust, DJ Die, DJ Suv and more—built out of the Full Cycle drum’n’bass label they established. Driven by Size’s preference for live double bass and drum kits, the team skillfully deconstructed female street poetry and soul (“Share the Fall”), minimized and yet multiplied the power of jazz rhythm fills (“Down”), and proved that the style could crack the mainstream (“Brown Paper Bag”). – AB 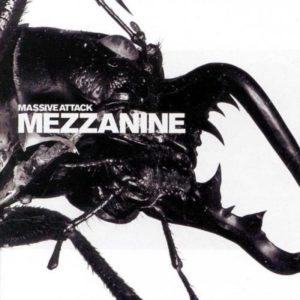 Bristol earned its reputation as the home of trip-hop in the ‘90s, and with good reason—on the strength of the likes of Portishead, Tricky and Massive Attack alone, it birthed an entire style unto itself. And just as Pulp killed Britpop with This Is Hardcore, Massive Attack essentially did the same for trip-hop with Mezzanine, a dark and grimy album of post-industrial dub that’s as menacing as the band’s ever sounded. To be sure, the genre’s always had an element of danger—sexy though “Glory Box” may be, it’s as much dirge as slow jam. Mezzanine’s different, though, its edges sharpened, its luster scuffed and its venom potent. It’s fascinating to hear how the group that delivered more soulful tracks such as “Safe From Harm” and “Protection” could unearth the chills of “Inertia Creeps” and “Black Milk.” It’s the stuff of intoxicating nightmares. – JT 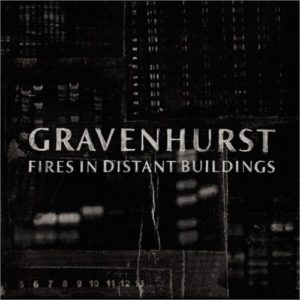 Gravenhurst are perhaps slightly more infamous than famous, largely due to the unexpected death of driving force Nicholas Talbot four years ago at the age of 37. But it’s a disservice to remember the artist’s career by its tragic conclusion. Signed to Warp, known largely for electronic music, Gravenhurst became an integral thread in the weave of Bristol’s music scene with his hushed and delicate constructions that ranged from folk and slowcore to almost ambient. His third album, Fires in Distant Buildings, showcased his range best. From the sweeping soft-rock of “Animals,” to the gorgeous fingerpicked acoustics and aching melody of “Nicole” and the feedback drenched jolts of the 10-minute “Song From Under the Arches”. There’s something undeniably British about Gravenhurst’s music that goes beyond the “England on a Saturday night” imagery of “Animals” or “Nicole” giving him widespread renown with its use in the film This Is England. A very English self-deprecating and sarcastic humor lies at the heart of much of what he writes, that ultimately finds the beauty in the darkness of humanity. – WL

Bristol duo Fuck Buttons found themselves found a complex voice of focused aesthetic bliss with Street Horrsing. Synths blare, drone and crunch, percussive loops emerge like archaic heartbeats, dying electronics race into fields of blissful, elongated harmonies. The LP defines both its aesthetic and vision with its opener “Sweet Love for Planet Earth.” Equally ambitious and dreamy, it acts as a raison d’être for their endless examinations of rich aural tapestries of static and joy, brimming with tusks of acute radiance that stand tall against droning waves, a proud electronic beast shambling forth. – BR 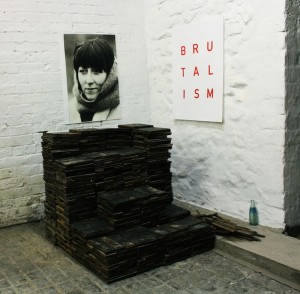 Even as the music industry scrambles to keep the bottom from dropping out, there are success stories to be found in enterprising, independent groups. Idles’ self-released debut album Brutalism cannonballed its way to acclaim in 2017 on the strength of simultaneously aggressive and compassionate anthems like “Mother,” and upper class pisstakes like “Well Done.” It’s an album that punches and pummels, rips and roars, but all in the name of bringing people closer together in celebration. It’s a bruising yet warm reminder that we all have to take care of each other, whether in the pit or out in the world, and though they’re far from the first punk band to breach the concept, they do so while going harder than any hippie folk singalong ever could. – JT