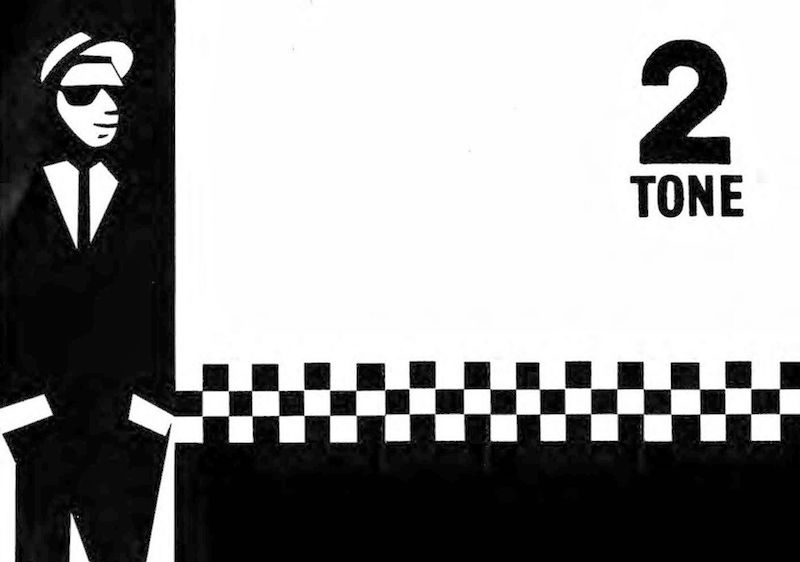 Anyone who grew up in the ’90s had a ska phase. Most of us who write for this website likely owned a Reel Big Fish or Mighty Mighty Bosstones CD at some point, or at least had a friend who dubbed some Skankin’ Pickle onto a Maxell XL90 for us. Commercially speaking, the ’90s was one of the best decades ska had ever seen, though by that stage the sound was nearing 40. Ska’s essentially as old as rock ‘n’ roll itself, beginning in the late ’50s in Jamaica, later giving rise to rocksteady and eventually reggae. Heavily influenced by American R&B from the likes of Fats Domino and Louis Jordan, ska takes its name—apocryphally, anyway—from the scratchy guitar rhythms it makes (“ska, ska, ska, ska,” it goes as you imagine someone playing the chords…you get the idea). And quite a few notable reggae musicians began playing ska and its offshoot rocksteady first—including Bob Marley. But ska lived several lives, seeing a resurgence in the ’70s in England with 2 Tone Records, as bands such as The Specials and The Selecter paid tribute to the original sound while speaking to contemporary political issues such as racism and right-wing violence in England. And then, of course, there was the ’90s, when ska briefly found itself on MTV. With one of ska’s most important acts, The Specials, releasing a new album early in 2019, we decided to take a trip back through the genre’s roots and evolution up to new-school punk revival. It’s not the whole story, nor even close to a complete examination, but it’s a strong start. Enjoy these 10 essential ska tracks. 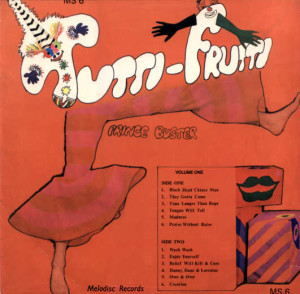 Covers are encoded into the DNA of ska, rocksteady, and reggae. Since time began, these artists have performed others’ music with that signature island skiffle, or even played over fellow artists’ dubs to piggyback on a certain sound. Guy Lombardo and His Royal Canadians first made “Enjoy Yourself” an American top-10 hit in 1950, and other bandleaders and pop acts added it to their repertoires. With its inherent swinging nature and so many arrangements for it including percolating horn parts, the song’s a natural fit for ska. This Kingston singer and producer obliged in 1963, and although it was originally just a B-side its playful fatalism (“Enjoy yourself/It’s later than you think”) informed and inspired decades of ska followers. – AB 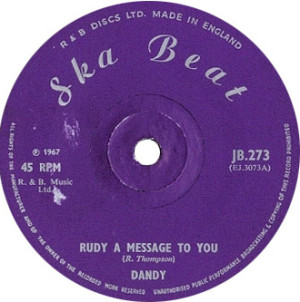 Dandy Livingstone – “Rudy, A Message to You”

“Rudy” (or “rudie”) is reggae shorthand for “rudeboy”—a thug, a gangster, an out-of-control youth. Back in the days when dance clubs were held in low esteem by parents and police, with pop music thought to merely rile up hooligans, this classic Trojan Records cut sought to assuage the kids’ wildest instincts. Livingstone’s midtempo horn-driven message is one of calm and common sense, a blunt appeal to straighten up and fly right. You might know this track from when The Specials covered it for a hit 1979 single, but the original is a foundation of the ska genre. – AB 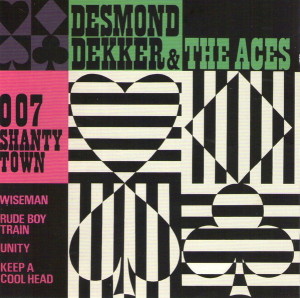 What’s old in popular music is almost inevitably made new again, and in the case of ska, rocksteady and reggae, tradition leads to new cycles and interpretations. Take Desmond Dekker’s “007,” a classic ska single that became a hit 16 years later when Musical Youth recorded their own version. But more than that, it’s an example of an aesthetic and cultural staple that eventually came to be a defining song for an entire style of music. A pioneering “rude boy” narrative inspired by the stylish cool of Ocean’s Eleven, the song has roots in real-life chaos. Written after a protest turned violent, the song is an observation of real-life unrest (“Them a loot, them a shoot, them a wail“), masked in offbeat rhythms and effortless cool. – JT 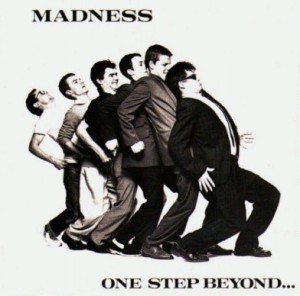 Madness – “One Step Beyond”

It turns out that the optimal skanking track is, in fact, mostly instrumental. Aside from the title of the song, Madness’ “One Step Beyond” features only Suggs’ spoken-word introduction: “This is the heavy heavy monster sound!/The nuttiest sound around!” And then the, erm, madness begins. “One Step Beyond” is just under three minutes of high-energy rhythm and blues, saxophone wails and punk rock tension, complete with the most memorable title chorus since “Tequila.” It’s an anthem that requires little more than its own melody to leave an impression, and it’s a hell of an impression at that. Jack Black’s Barry from the 2000 film High Fidelity’s chooses the song as one of his top five to be played at his funeral, and it’s hard to imagine a more badass way for someone to skank their way off this mortal coil. – JT 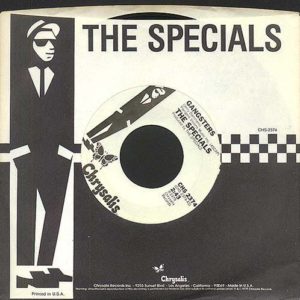 The Special AKA – “Gangsters”

Ska’s shift to England was in fact a ska revival, taking on some of the nervous energy of both punk and New Wave. This 2 Tone band from Coventry (best known as just The Specials) comprise one of a very few definitive acts of the genre, and their first single “Gangsters” is arguably their defining song. Straddling the line between a cover and an original, it interpolates Prince Buster’s “Al Capone” in order to retell a story of a disastrous trip to France and how it was handled by the band’s manager, Bernie Rhodes. – AB 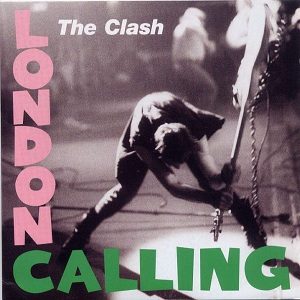 By the late ’70s and early ’80s, when the second wave took hold in England, ska began to look like the “Punky Reggae Party” as described in Bob Marley’s song of the same name. And while The Clash weren’t technically a ska band, they fused punk and reggae more seamlessly than any other UK act of the era and, for that matter, released a perfect ska song of their own. Nestled amid the diverse lineup of perfect pop songs on their 1979 masterpiece London Calling, “Rudie Can’t Fail” nods to pioneers like Desmond Dekker while carving out a path that countless imitators would follow decades later. With lyrics of a youth criticized for his rough-and-tumble ways and a horn section adding vibrant punctuation—a rare but not-unheard-of accent in The Clash’s music—”Rudie Can’t Fail” provided a template for contemporary ska-punk. – JT 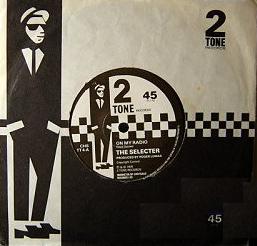 The Selecter – “On My Radio”

The 2 Tone label and its various bands gave ska a distinctively English voice, one that spoke to the rising political tensions of the era and the dangerous right-wing factions that had been cropping up at the time—and whose ilk sadly still linger. Coventry, England-based The Selecter boasted another distinctive voice: Pauline Black, whose vocal delivery is a bit like Missing Persons’ Dale Bozzio translated for ska and rocksteady rhythms. The Selecter shared vinyl real estate with fellow Coventry 2 Tone act The Specials, who became more widely known through hits such as “Ghost Town” and “Rudy, A Message To You.” The Selecter more than held their own, however, with a bit of a harder punk edge and a rawness that set them apart. This single summarizes the band’s strengths in just three minutes, a giddy drum roll closing out each chorus and a left-field sound just this side of no wave. – JT 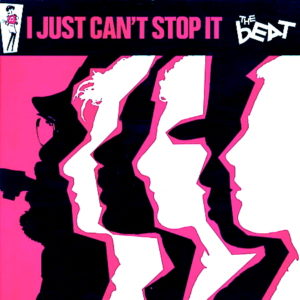 English Beat – “Mirror in the Bathroom”

By the time The Beat—later changed to English Beat as they entered the U.S. market—released their debut album, second-wave ska was in full swing. Yet The Beat left their mark in creating essentially perfect pop with ska rhythms. Not that their roots weren’t authentic; saxophonist Saxa hailed from Jamaica descended co-vocalist Ranking Roger added classic Jamaican-style toasting to their tracks. But even more than The Specials, The Beat had crossover appeal that eventually led to some of ska’s biggest hits. “Mirror In the Bathroom” was one of the first, a blend of ska’s rhythmic scratch with a catchy sing-along verses and a haunting, paranoid atmosphere. And though the narrative isn’t as outwardly political as some of their 2 Tone peers, the message of self-destructive vanity is one whose relevance holds up now, when the mirrors we can’t look away from are now connected to wifi. – JT 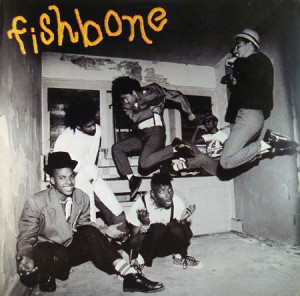 Once ska made its way to America in the 1980s, plenty of great small-time acts took up its banner. Only when it crossed over into ska punk, however, did it really start to make a commercial impact. A downright zany collection of young black rockers from Los Angeles infused it into the nearly seven-minute-long splash they made on the music scene in 1985. Their crushing drums, funky riffs, and bleating horn section give jet propulsion to kaleidoscopic lyrics about nuclear war. In a genre notorious for being insular, aloof, and buttoned-up cool, Fishbone suggested ska could be positively epic. – AB 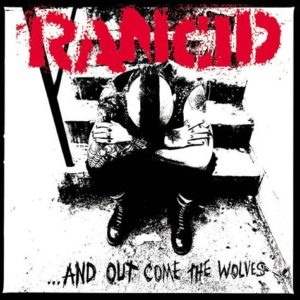 Operation Ivy were dyed-in-the-wool, t-shirt-and-jeans punks who embraced Southern California’s growing ska scene, charging through its syncopation even as they jettisoned its horns. Following a two-year career and the cult classic Energy album, founding members Tim Armstrong and Matt Freeman formed a series of new bands before coalescing once again around the “East Bay Sound” in the group Rancid. In a musical climate primed by punk revivalists like Green Day and The Offspring, this centerpiece song from their second album confirmed that everything old, then new, could be new again. Successful like few punk songs masquerading as ska before or since, it was the crest of ska’s proper third wave that brought us everyone from The Mighty Mighty Bosstones to No Doubt. – AB

R.I.P. Ranking Roger of The Beat