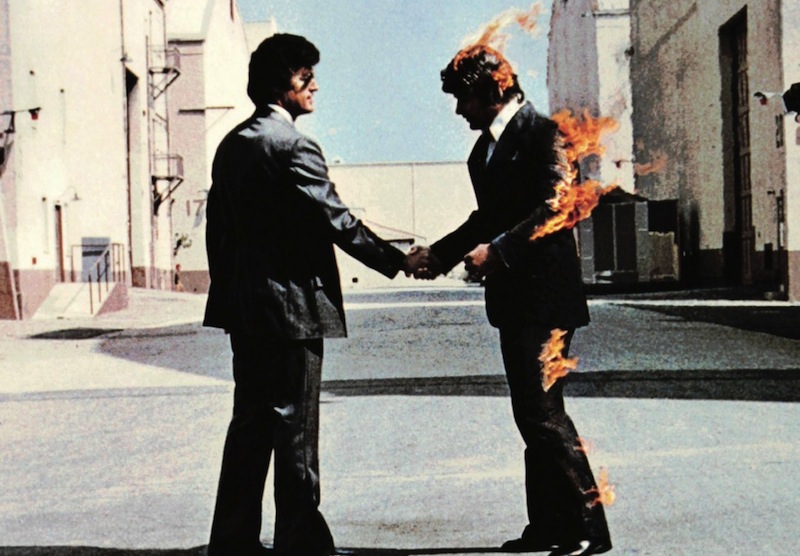 Pop songwriting is a tricky thing. We generally understand a pop song to have a couple of verses, a couple of choruses, a bridge and some sort of coda or fade-out. Maybe there’s a solo. Maybe there’s a guest feature. But that’s usually how it goes—or so we tend to think, anyhow. Sometimes there’s no chorus at all (most Bob Dylan songs, for instance) or the song actually starts with a chorus instead of a verse or an intro. And sometimes the chorus happens only once. This, naturally, lends itself to some level of debate. Is it really a chorus if it only happens once? After all, a chorus is intended to be repeated. That being said, it’s not always the case. Sometimes an artist works in only one instance of a B section (or C section etc.) that functions like a chorus: It features a hook, it operates as a kind of sing-along climax, and it’s the part of the song everyone remembers and, ostensibly, knows all the words to. We will, naturally, get some arguments about this point, but for the sake of argument we’re saying it’s a chorus. We compiled 10 instances of songs that only get to that magic moment once, whether it’s because of an extended build-up, an opportunistic fake-out, an explosive finish or simply the song’s too short to fit another one. Here are 10 notable one-chorus wonders, from brief bursts of punk to karaoke anthems.

The Beatles – “Happiness is a Warm Gun”

“Happiness is a Warm Gun” is a song that holds a million different meanings, even after multiple listens. Which is what makes The Beatles’ genre-bending “Happiness is a Warm Gun” such a White Album standout. It’s overtly sexual, right? Or maybe it’s just an allusion to an old issue of The American Rifleman. It’s probably about Lennon and Yoko Ono. But then who’s the “man in the crowd with the multicolored mirrors on his hobnail boots”? Regardless, the track overflows with lyrical surrealism and traverses a tumult of provocative musical sections, climbing toward the solitary, iconic release from the verses, “Happiness (is a warm gun) / Bang, bang, shoot, shoot.”  Ultimately there likely isn’t a true interpretation (Charles Manson believed it was meant to incite “blackie to get guns and fight whitey”), still, its melodic allure is all too irresistible. – JO 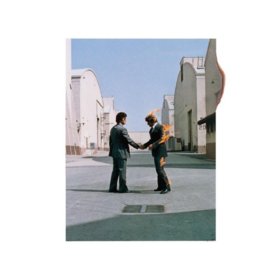 Pink Floyd – “Wish You Were Here”

One could easily argue that the end-song “chorus” of “Wish You Were Here” is a third verse. Technically, it is. The chords are the same as the other two verses. It follows a musical break. The song itself has a meandering, non-linear feel, and choruses often feel out of place in such structures. Including the title in the verse is not necessarily sufficient to label it a “chorus,” nor is the mini-hook about lost souls and fishbowls. But when “Wish You Were Here” is performed live, even though the audience is singing every word already, the exuberance amplifies and unifies for the final lines. The audience obeys the subtle demands indicated by the lingering G chord that precedes it. It’s a “chorus” in the musical sense because of the communal chorus that it inevitably and invariably generates. – CG 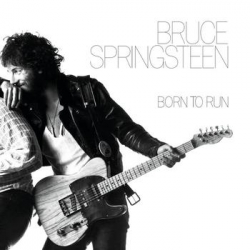 A common thread among history’s greatest rock songwriters is that, by and large, they’re not beholden to the strictures of songwriting convention. Bruce Springsteen, for instance, has written his share of verse-chorus-verse-chorus-bridge classics. But many of his best songs, like “Thunder Road,” are built more on a series of different movements rather than as a prototypical pop song. There’s no denying which part of “Thunder Road” is the chorus, however—it’s the “whoa-oh-oh-oh Thunder Road” part, naturally. Yet it happens just the once, segueing into a bridge, another verse and a glorious guitar/sax solo. The E Street Band could certainly go for another if they wanted to—”Thunder Road” could be twice as long as still not be long enough—but the beauty of the song is that no part ever wears out its welcome or feels too underdeveloped. It’s the perfect pop song that doesn’t resemble a pop song at all. – JT 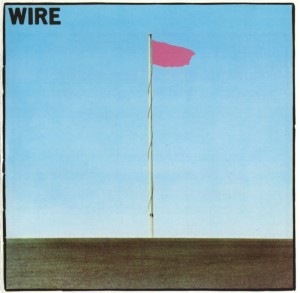 Wire – “Field Day for the Sundays”

At only 28 seconds long, Wire’s “Field Day for the Sundays” doesn’t really allow much room for repetition. That’s true of a lot of songs on Pink Flag, in fact, and perhaps to include a song of its kind here among four- and five-minute anthems that earned their share of radio play might seem like cheating. (The same might go for Guided by Voices, for instance.) But “Field Day” is pretty much a complete song, in spite of its incredibly brief runtime. It has a well defined verse, pre-chorus and chorus, with two repetitions of the line “touched up near the waist, looking as limp as Monday morning.” It just happens to stop there. Perfect pop song structure in 28 seconds. That’s efficiency. – JT 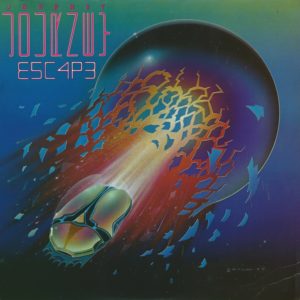 This song doesn’t need more than one chorus. In fact, it doesn’t need any chorus. If the stories about streetlight people thrown together on a midnight train by fate and travel agents with a sense of humor haven’t convinced you to not stop believin’, then your soul suspends itself in a vacuum. For Christ’s sake: These are streetlight people we’re talking about. They’re hard-bitten. Jaded. Cynical. Overwhelmed and resigned. Yet even as they gyrate on greasy laps for crumpled-up ten dollar bills or punch the clock in a factory that builds other clocks that are to be punched in the future, what tiny strand of commonality binds them in unspoken unity? NO, they’re not in the same 12-step program! They are believin’, and furthermore they are not stopping that act of believin’! Hey! You were just about to stop believin’, weren’t you? Put the kibosh on that belief cessation, mister! Or your entire reason for existence will simply cease to be, like that episode of The Sopranos where Tony was eating onion rings with his family when all of a sudden – PP 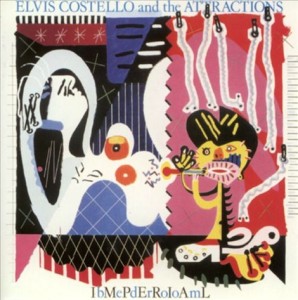 Elvis Costello and the Attractions – “Beyond Belief”

Costello’s Imperial Bedroom album unofficially launched the second wave of his career when he boxed out whatever style limits he and The Attractions had over their first five albums (not including the country drop-off Almost Blue). The opening track signaled more than just a musical shift. Rushing through the lyrics like grocery items in the express lane, Costello overlaps the ends of some stanzas with the beginnings of other ones; a proper chorus would have blunted the effect. It also plays like a checklist of the behaviors and puns some of the would-be Casanovas in his previous songs might have employed, as if he’s tossing them into an accordion file one by one: “I hang around dying to be tortured/You’ll never be alone in the bone orchard,” “Charged with insults and flattery/Her body moves with malice/Do you have to be so cruel to be callous?” With the drunken dissatisfaction of Clubland out of the way, he checks in with the resolving chorus—“I’ve got a feeling/I’m gonna get a lot of grief/Once this seemed so appealing/Now I am beyond belief”—and consigns the lounge lizard to the scrapbook. He then continues with a sprawling album about the fibers of a more restrained domestic life, and all the trouble one can get into from the safety of their own home. – PP 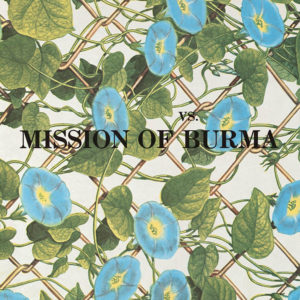 Mission of Burma – “That’s How I Escaped My Certain Fate”

Aside from being one of the most intense tracks ever to close out an album, “That’s How I Escaped My Certain Fate” is something of an aural illusion. It might seem like the Boston trio is racing toward the finish line at maximum speed, but they actually take a detour before they get there. It’s only a two-minute song, but half of it is spent nearly going off the rails, two verses fit to explode, interrupted by a brief breakdown, before finally getting to a minute’s worth of chorus, punctuated by Roger Miller’s scream of exhaustion at the end. They get there quickly, and they end one of the post-punk era’s most furious albums with a proper explosion, but not without earning that final release. – JT 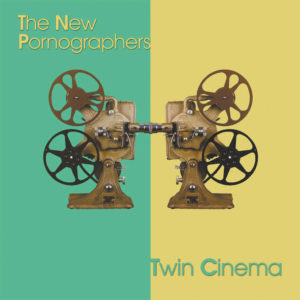 “The Bleeding Heart Show” is a mini-opera in three parts. In Act One, our narrator is madly and energetically infatuated with his object, but blind to his surroundings. The low, steady and staid mood of these verses fills the listener with a sense of uncomfortable calm, which is interrupted by Act Two. Here, there is unrest; an unfortunate promise of separation; and a foreshadowing of healing that the protagonist cannot see today. A brief musical interlude, a short battle scene, leads us to Act Three. The cavalry has arrived, but “too late to play the bleeding heart show.” The music is hopeful and driving, choral and heroic, but as the lyrics reveal, it’s not enough. The act fades, but the band halts a second before the fade is complete, running out of road before the brakes can fully engage. – CG

Arthur Ashin makes some truly sexy music, the kind that few other artists outside of Prince or Barry White could ever pull off so convincingly. But there’s no track in his catalog that lives up to his knack for sensuality quite like “Play by Play.” And the reason is because it spends most of its time on the build-up. It’s a synthy R&B jam that moves slowly and carefully so as not to ruin the mood or climax too early. But boy, when it comes, it’s a glorious feeling, Ashin and his backing vocalist trading some mesmerizingly intense expressions of ecstasy over the best chorus in alt-R&B of the past few years. Oh, and it only happens the one time (for about two minutes straight—damn). – JT 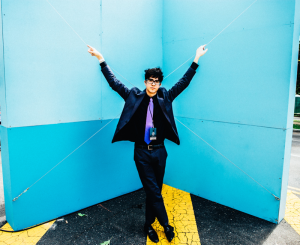 As one of the strongest songs on 2016’s Teens of Denial, not to mention one of the catchiest, Car Seat Headrest’s “Drunk Drivers/Killer Whales” was certainly an easy choice for a single—except for the fact that it crept well past the six-minute mark. Instead of fading out early, snipping off the lengthy intro or splicing together some parts, Will Toledo opted to re-record the entire song (this is a thing he does; see new release Twin Fantasy). The end result is a song that sounds a lot more like a mainstream radio single—just this side of The Killers. And yet, it’s structured in a peculiar way. The best part of the original is its anthemic chorus; here, the band opts to replace the first chorus with a guitar solo, just as it would appear the soaring moment is to arrive. And instead, the chorus—vocals and all—only happens right at the end of the song. It’s a fascinating oddity of a song, one that ostensibly serves a practical purpose but ends up being not a different version of an existing song, but essentially a different song entirely. – JT