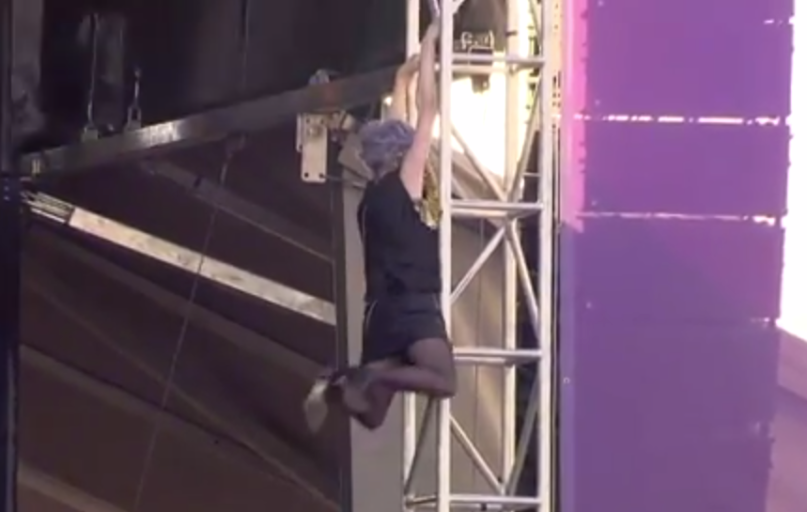 This weekend at the Austin City Limits festival, St. Vincent played a characteristically badass set that went way more bonkers than usual — in the best way. In a set that primarily comprised highlights from this year’s self-titled album and 2011’s Strange Mercy (both of which are must-listens), Annie Clark got a bit acrobatic. She climbed the scaffolding, as well as participating in some audience chicanery that involved nabbing some folks’ clothes. She ended up with a crutch at some point as well. Like we said, bonkers!

But you don’t have to take our word for it entirely. Nope — as Consequence of Sound points out, the full set is now available to stream in its entirety. So clear out some of your day to do just that. Watch the St. Vincent Austin City Limits stream below, and check out the setlist too, while you’re at it.