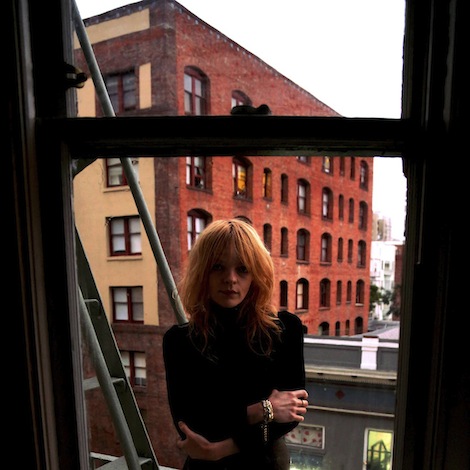 Jessica Pratt made an impressive and beautiful debut in 2012 with her self-titled album, which was released on Birth Records, run by Bay Area band White Fence. It was a delicate and vintage-sounding record, one that garnered comparisons to Stevie Nicks in her 1970s prime (and was also released in close proximity with Angel Olsen’s Half Way Home, making it a good time to be a singer/songwriter with an earthy aesthetic). We certainly loved it, and now there’s going to be more Pratt music to enchant listeners in 2015. On Jan. 27, Jessica Pratt will release her second album, titled On Your Own Love Again, via Drag City.

The album was recorded by Pratt in her own home over the last two years. It was mixed by Pratt and Will Canzoneri.

No official streams of any of the tracks have been released as of yet, but you can watch her 2013 AON Sessions recording below, in which she performs new song “I’ve Got a Feeling.” You can also check out the tracklist below.

Jessica Pratt On Your Own Love Again:

1 Wrong Hand
2 Game That I Play
3 Strange Melody
4 Greycedes
5 Moon Dude
6 Jacquelyn in the Background
7 I’ve Got a Feeling
8 Back, Baby
9 On Your Own Love Again