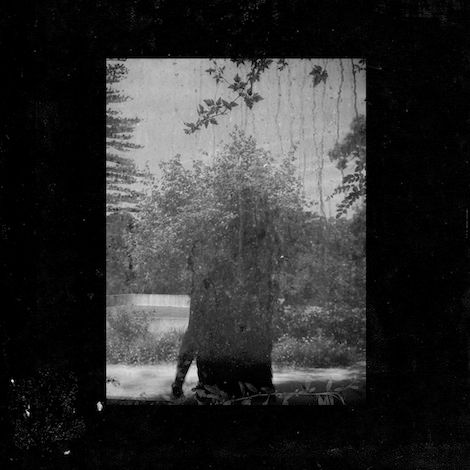 Liz Harris released her newest Grouper album, Ruins, on October 31 — a date that, more than any other, is associated with hauntings and the supernatural. It’s a curious coincidence, not that Harris makes music fit for haunted houses or Halloween party playlists. Quite the contrary — it’s wintry music, sparse and solitary. Her music ends with ellipses rather than exclamation points; listening to Harris’ gorgeously stripped-down compositions, it often feels less like music being projected at you, but rather an ethereal presence that encircles you or passes through you. At times, it’s like being in the presence of a ghost.

Harris isn’t a ghost, however — she’s a human being, and one with an uncanny talent for spinning barely-there elements into heartbreaking and breathtaking works of acoustic beauty. And Ruins, which follows last year’s similarly wonderful The Man Who Died In His Boat, is as acoustic as Harris’ beauty gets. In general terms, Grouper would scarcely be classified as an “electronic” artist, but she knows her way around an ample array of effects and loop pedals, and so much of what makes her music as mesmerizing and delicate as it is comes from the treatments she applies to her songs. With Ruins, she strips away those effects to, essentially, just her own voice and piano, along with whatever found-sound elements make their way onto the recordings.

The simplified approach makes Ruins Harris’ most accessible album yet — accessible being a relative term in her case. Everything she does is absolutely gorgeous, naturally, but it’s also avant garde enough in approach to be a safe distance from pop music. But when you get right down to the nitty gritty of the songs Harris writes — and allow her to showcase them for simply the beautiful pieces of music that they are — you get a little closer. Take “Clearing,” for instance, which is so hushed it’s almost like a rehearsal being performed in another room. But the simplicity of her piano and gentle, breathy vocals are enchanting; no effects pedal forged could make it any more stunning. The same can be said of “Call Across Rooms,” in which Harris’ more melancholy take lends the stark ballad an even more shadowy presence. But even without loops or reverb to help wrap her songs in a layer of gauze, she allows some surprises in — like the crickets chirping at the close of “Lighthouse.”

There are two specific moments on Ruins on which Harris deviates from her more stripped-down balladry. The first such instance is “Made of Metal,” an almost ominous track of muted drum tones. The other is “Made of Air” (note the similarities in title), which finds Harris returning to the ambient layers that marked many of her recordings leading up to this one. And though neither one feels as if they’re part of the same batch of songs, they provide atmospheric bookends to an emotional core that tugs just a little harder than usual. On Ruins, Liz Harris seems even less spectral and intangible than ever before. The space around her might very well ensure that Grouper’s music is still haunted, but more than ever, you can almost hear her beating heart.