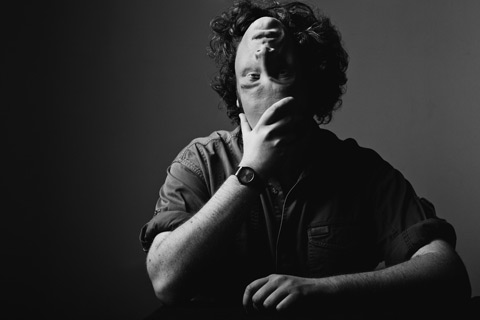 Oneohtrix Point Never has just released two new tracks, available to stream via Soundcloud. One of the tracks, “Rush,” OPN architect Daniel Lopatin says originally was intended to be released on last year’s R Plus Seven, but “it ended up being a mystery that couldn’t be solved.” The other track, “Bubs,” is a collaboration with A.G. Cook of PC Music, and is a “holiday special.” You can listen to them both below, or download them over at Soundcloud.

Lopatin writes on Twitter: “free dload. its been a ruff year for planet earth and music sometimes feels like a slightly absurd vocation but i hope this increase joy by _%”. Oh, the joy has certainly increased around these parts; Lopatin should sleep well tonight for his good deed.

Listen to the new tracks, “Rush” and “Bubs,” below.

Oneohtrix Point Never’s R Plus Seven was one of our Top 50 Albums of 2013.