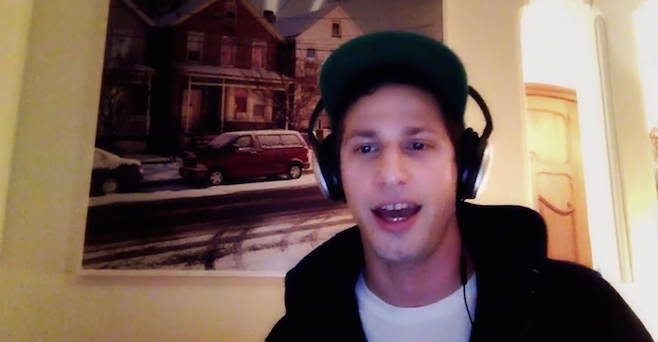 Next week, Sleater-Kinney will release No Cities to Love, their eighth album and long-awaited follow-up to 2005’s The Woods, via Sub Pop. And with the release date hovering just around the corner, the band has released a fun new video in which a bunch of different people sing the lyrics of the song before closing out with the band themselves. Oh, and the people singing the song? You might recognize them. They include Andy Samberg, Sarah Silverman, Carrie Brownstein’s Portlandia co-star Fred Armisen, My Chemical Romance’s Gerard Way, J Mascis, Vanessa Bayer, Miranda July, Connie Britton, Ellen Page, Natasha Lyonne and many others. It’s a celebrity-packed good time, and we’re going to go out on a limb and say you’ll be singing along, too!

Watch the Sleater-Kinney “No Cities to Love” sing-along video below.

Read our inaugural Impulse Noise column on the importance of Sleater-Kinney’s return.