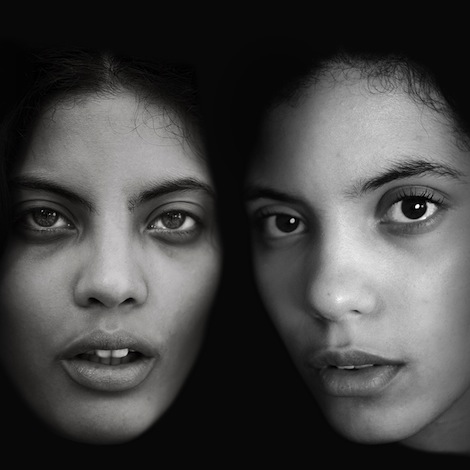 Naomi and Lisa-Kainde Diaz, the twin sisters that comprise French dark-soul duo Ibeyi, were born into a musical family. Their father, Cuban-born Anga Diaz, was a percussionist in groups like Buena Vista Social Club and Afro-Cuban All Stars. And to a certain extent, the Diaz sisters take influence from that musical tradition, the faint specter of Afro-Cuban jazz sounds pulsing within and around their compositions. Sometimes it’s just the hint of a style, like in the rhythmic introduction to their enchanting 2014 single “River,” and sometimes it’s all right there in front of you, like in the vibrant and vivid final minute of “Ghosts.”

More fascinating than the specific musical background of the Diaz family is the unique cultural makeup of the group that feeds into their eclectic and unusual style. The duo’s name — Ibeyi (which means “twins”) — comes from the Yoruba language, which was spoken by their father. Yoruba also makes appearances on the record, as in the opening chant, “Ellegua,” a beautiful and haunting invocation of orisha spirits, as depicted in Yoruba and Santeria religious practices. And in that sense, this doesn’t always feel so much like an album as it does a dark and sensual ritual. The opening sound itself is the lighting of a match, and whether that fire is intended to light a candle, incense or something else entirely, it can only serve to enhance the haunted mood of the record.

The first proper track, “Oya,” vibrates with a chilling vocal harmonization that more closely resembles a pipe organ than human voices. And backed by some eerie, low-end production additions from XL Recordings president Richard Russell, the atmosphere only grows thicker with eerily noxious fumes. As the record progresses, we begin to see a broader array of influences make its way into the duo’s compositions, albeit subtly. “River” is part salsa and part spiritual, with a recurring refrain of “I will come to your river/Wash my soul,” and both a mood and thematic similarity that recalls the morbid baptismal in PJ Harvey’s “Down by the Water.” Meanwhile, “Think of You” finds the Diaz sisters blending their Cuban influences with French pop of the 1920s, reflecting their current surroundings, or at least what remains of a historic piece of them. And “Stranger/Lover” is one of the most propulsive and accessible tracks of the bunch — it’s practically trip-hop.

It’s R&B music that Ibeyi performs, but not in any loaded sense of the term — they dive deeper and explore those basic elements of rhythm and blues, and the vast roots that twist and bend beneath each of them. Their music feels strikingly contemporary, but relies so much on music that thrived generations before the Diaz sisters were even born (they’re both 20). Despite their youth, however, Ibeyi brings an entire universe of influences and identity into their music that makes it singular, and all the more difficult to classify. There’s a long road of potential ahead for the Diaz sisters, but their most successful feat on this stunning debut is reminding us that soul isn’t a sound — it’s a feeling.