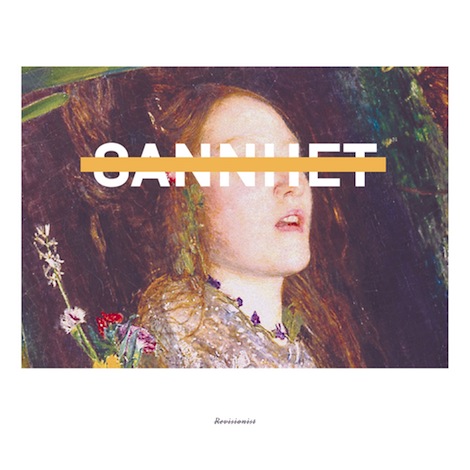 The role that lyrics play in metal is a complicated one, at best. As metal has evolved, grown and spread out into so many different hyper-specific niches in the last four decades, honest-to-god singers have become an unfortunate rarity, largely phased out in favor of more extreme vocalists who can pull off the feat of growling or hissing unintelligibly like caged banshees being eaten alive by flesh weevils. Of late that tide has been turning, with bands like Pallbearer reminding listeners that a great vocalist and lyricist does, indeed, matter, but they still feel like the exception rather than the rule at the moment. Don’t get me wrong — done right, that style of singing (or screaming) can be more than impressive, but without a lyric sheet for reference, it’s impossible to decipher those grunts and growls. And while, texturally, a good, throaty bark can do wonders for a song’s bite, it calls into question the importance of the lyrics themselves. If you can’t tell what someone is singing, do the words even have to exist?

There is, of course, the option of removing the vocalist entirely, and this has proven a successful enough strategy with bands like Russian Circles or Pelican. But making that extra emotional connection with the listener — filling the void left by the verbal expressions of a human voice with only one’s instrumental abilities — isn’t an easy one. You can get by on sick riffs, rhythmic complexity and loud-quiet dynamics, but sometimes that’s not enough. Few bands understand this better than Brooklyn’s Sannhet, whose own style trades in the math-metal wizardry in favor of a dense, post-rock and shoegaze-inspired approach, juxtaposing darkness with light, and aggression with beauty.

A cursory listen to Sannhet’s second album Revisionist will likely bring to mind the emotional landscapes of like-minded metal hybridists Deafheaven, albeit with much shorter compositions, and without the intensely cathartic shriek of George Clarke. And that’s a fairly strong comparison to hold onto, if not always in terms of sonic similarities, in their reluctance to playing metal that adheres to convention or tradition. That doesn’t mean there isn’t a great deal of strength or majesty to Revisionist; the title track rides in heroically as if mounted on a powerful steed. It’s propelled by a thunderous blast beat by drummer Christopher Todd, while bassist AJ Annunziata and guitarist John Refano engage in a melodic duel of counterbalanced textures. There’s a more stoic, wintry feel to the hard-charging “Lost Crown,” and an almost gothic, post-punk feel in the atmospheric riffs guiding standout “Enemy Victorian.”

What every track on Revisionist has in common is the tendency to take the listener somewhere much farther away than where it started. It’s progressive music that isn’t “prog,” soaring in its compositional hugeness, but concise in actual running time. That so many of these songs are so compact is a testament to Sannhet’s drive. Nobody screams, croons or bellows throughout these nine tracks, but the emotions are there for you to feel and soak in. Your reaction to Revisionist will inevitably depend on what kind of listener you are, but make no mistake, you’ll feel something.