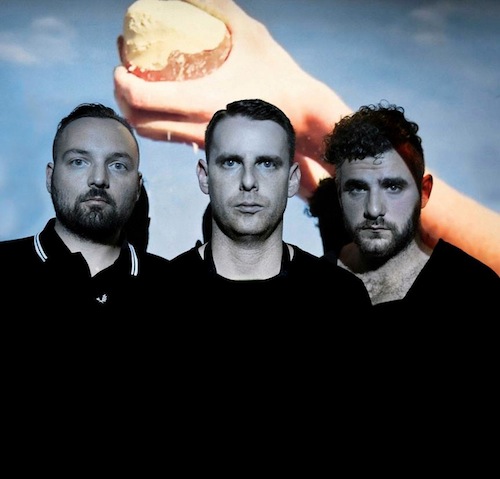 It’s almost Halloween, which means that we’re going to hear some good, spooky covers today and tomorrow. Brooklyn post-metal trio Sannhet, who earlier this year released the excellent Revisionist, have just entered the game with their own take on a classic Joy Division song. For a new CVLT Nation Sessions covers album, taking on Joy Division’s immortal 1980 record Closer, Sannhet recorded their own shoegazing take on the album’s gothic highlight, “The Eternal.” And since Sannhet is usually an instrumental band, they enlisted Joshua Strawn (Vaura, Azar Swan) to be the Ian Curtis for this track. Listen to the Sannhet “The Eternal” stream below.

Other bands on the compilation include Ambersmoke, Lunch, A Black People, Shadowhouse, Sun Splitter, Rape Blossoms, Fatalism and Rule of Thirds, with a bonus track addition of “Atmosphere,” as covered by Mirrors for Psychic Warfare featuring Neurosis’ Scott Kelly. Listen to the full compilation here.

Shadow of the Horns: 30 Years of Grindcore