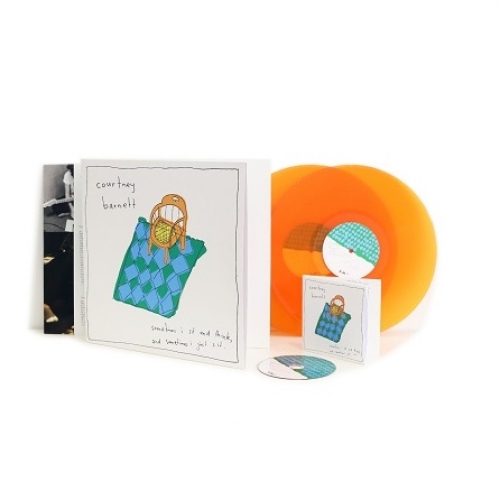 Today just so happens to be one of the most impressive new release Tuesdays of the year, and it looks like it’ll be one of the last ever, now that new releases will be transitioned over to Friday in the coming months (sigh). Well, before we reach that strange landmark, there’s another impressive list of releases to find in record store racks today, including our new Album of the Week, Courtney Barnett’s Sometimes I Sit and Think, and Sometimes I Just Sit (seen above in various formats), as well as the physical release of Kendrick Lamar’s third album, To Pimp a Butterfly — we’re taking our time with that one, but that review is on the way.

Action Bronson – Mr. Wonderful
Courtney Barnett – Sometimes I Sit and Think, And Sometimes I Just Sit
The Cribs – For All My Sisters
Earl Sweatshirt – I Don’t Like Shit, I Don’t Go Outside
The Go! Team – The Scene Between
Jeff the Brotherhood – Wasted On The Dream
Kendrick Lamar – To Pimp a Butterfly
Lightning Bolt – Fantasy Empire
Liturgy – The Ark Work
Laura Marling – Short Movie
The Jon Spencer Blues Explosion – Freedom Tower – No Wave Dance Party 2015
Them Are Us Too – Remain
Vetiver – Complete Strangers