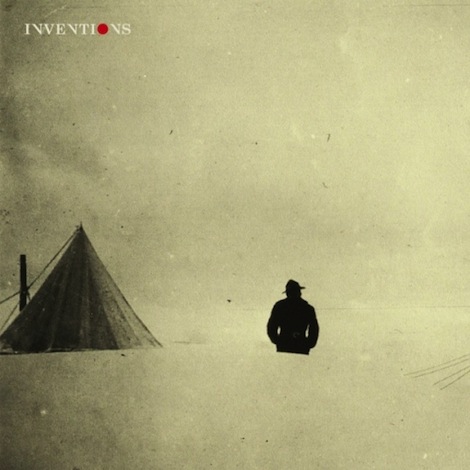 Projects are always more fun to do with a friend. And one particular project between longtime friends, Matthew Cooper and Mark T. Smith, has become a creative world of changing sounds and shades. Cooper, the mind behind the ambient bliss of Eluvium, and Smith, the triumphant guitarist of Explosions In The Sky, don’t just share a friendship, they each hold dear the search for expansion in their music. Inventions was formed without a charted path. It wasn’t going to be as easy as simply combining Eluvium and Explosions in the Sky. Inventions is a way for Smith and Cooper to prevent any possible restriction or stagnation that could arise from their main gigs. Cooper and Smith vow to be hard at work on new material for Eluvium and Explosions, but seeing as how Maze of Woods is the second Inventions album in 11 months, it seems like the part-time collaboration has only picked up more shifts in the process.

Residing along opposite parts of a diagonal path — Cooper in Portland and Smith in Austin — Inventions’ music is pieced together from many emails, but craftily mixed in person at a special house on the Oregon coastline. Smith and Cooper stare at awe-inspiring coastal views all day during the editing process; the harmony from that shines through in the earthy, orchestral mechanics of Maze of Woods. Using “I wanted to do something that I don’t know how to” as a motto, Inventions is a platform for Cooper and Smith to try anything and everything. Smith has spent 15 years toying with a guitar for Explosions In The Sky, but, here, he’s warping, manipulating, looping, and fading with a computer. But there is some guitar on Maze of Woods, used for maximum effect. The deep, echoing acoustic strums of “Slow Breathing Circuit” is what it might sound like from inside the instrument, ringing and ringing, until being replaced by docile piano keys. The album is very calm — save for the beat that picks up on “Wolfkids” — but transitions occur frequently. Guitar and piano trade places, interesting sound clips appear only to get replaced by something more peculiar, and choir chants give some songs a strong, warm feeling of love. Maze of Woods is eight reactions in real time.

That old thrill of discovery can be a wonderful thing. It’s a proprietary feeling that Cooper and Smith found together, and then expanded on. Maze of Woods is a grand passage of sun-warmed noise through friendship. Here’s hoping that Inventions doesn’t share its wonderfully hypnotic secret with too many other souls. Once you find a precious place, who wants to see it trampled under the shoes of sightseers?