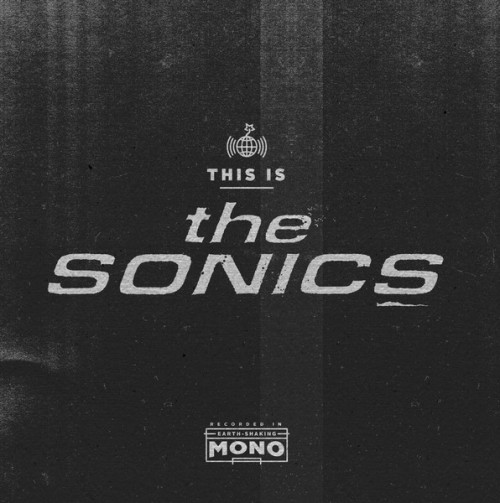 It’s hard to say what prompted The Sonics to write and record a new album. The Tacoma, Wash. garage rock innovators — who started their career in 1960 — never really went away for good, reuniting and reforming at least once a decade. But through all that time, for one reason or another, the band never put forth a proper album past 1967. (1980’s Sinderella mostly rehashed old material with a new line-up, and hardly counts as a new release.) Perhaps sitting through three major rock movements that their band directly influenced (punk, grunge and, of course, the more recent garage rock revival) spurred them into the studio. But my money is on Dave Grohl’s HBO series on the making of an overly ambitious Foo Fighters album; The seventh episode of Sonic Highways focused on Seattle and took the time to highlight The Sonics and their influence on that city’s eventual grunge boom, undoubtedly exposing the band to a brand new audience and ramping up plays of “Psycho” on Spotify.

Whatever the cause, The Sonics are here again. Aside from new arrivals on drum and bass due to Andy Parypa’s and Rob Bennett’s inability to tour (they are eligible for AARP, after all), the band is back together and powering through blues chords as fast as they ever have. And while Sinderella focused on proving that The Sonics could rock as hard as the young’uns, This Is The Sonics narrows in on the group’s original mission, trudging through fistfuls of classics and originals with the reverence of a drunk who just woke up from a night spent sleeping on church steps. For the most part, apart from a half-century’s worth of advances in recording technology, this LP doesn’t vary too much from the band’s debut 50 years ago.

At their prime, the Sonics’ eclectic arrangement choices found common ground between garage and R&B, showing that they were capable of making a wonderfully sloppy mess of just about any standard. But what’s interesting this time around is that the band mixes in material from beyond their heyday, pairing classics by Bo Diddley and The Kinks with Humble Pie’s “I Don’t Need No Doctor” and Hank Ballard’s “Look at Little Sister.” The record’s centerpiece is “Leaving Here,” a Motown standard that was later reworked by Mötorhead; The Sonics’ treatment leans towards the latter’s edgy approach, but extensive vamping on the sax and harmonica pull the track closer to the larger-than-life feel of the original.

While the album’s original tracks don’t quite live up to the dark, stirring meditations of “The Witch” or “Strychnine,” they’re proof enough that the band still deserves the accolades they’ve amassed over 50 years. Short mantras that often don’t venture too far past the subject matter of their titles (“Be a Woman,” “Spend the Night”), the appeal of these tracks live in the thick-yet-melodic layers of noise that the band blasts out. Still, “Bad Betty” and “Spend the Night” both stand out as potential singles, the latter being a hilarious appeal for humanity to save Planet Earth because “it’s the only one with beer.”

This Is The Sonics isn’t a perfect album, but it performs a lot better than you might expect from a proto-punk band whose first album shared a release date with Rubber Soul. Its heartfelt arrangements and gritty originals provide a much appreciated extension to a catalog that was already legendary to begin with. In their best moments, The Sonics remind us of why their greasy rock ’n’ roll was worth the fuss in the first place.

For the Record: Volume 2