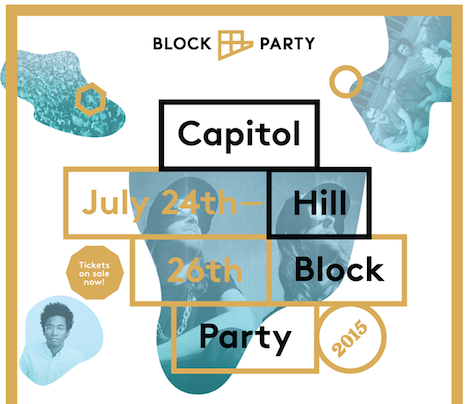 The Capitol Hill Block Party returns to Seattle, Washington in 2015, with a lineup full of great bands. It’s taking place July 24-26 in the Capitol Hill neighborhood of Seattle, and today, the festival has just announced its initial lineup of performing bands.

That’s a pretty solid looking lineup, and the festival, itself, is considerably inexpensive, at $99 for the weekend. You can check out the full details and grab tickets at the festival website.