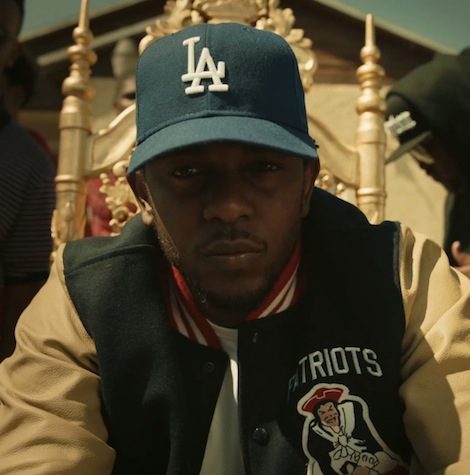 Kendrick Lamar recently released the single “King Kunta” from his new album (and our current Album of the Week), To Pimp a Butterfly. And it’s a damn good track; we inducted the funk-fueled jam into our Endless Playlist without hesitation. And as of right now, the song has a new video. Lamar debuted the clip for “King Kunta” in Times Square at 6 p.m. EDT, at the Beats by Dre Billboard at 46th and Broadway. After the billboard premiere, however, Lamar made the clip available to view online, and now you can see it for yourself. The clip is directed by Director X, and was filmed at the Compton Swap Meet. And it looks like a party — there’s lots of people, cars, a gold throne, and a little kid with gold chains on.