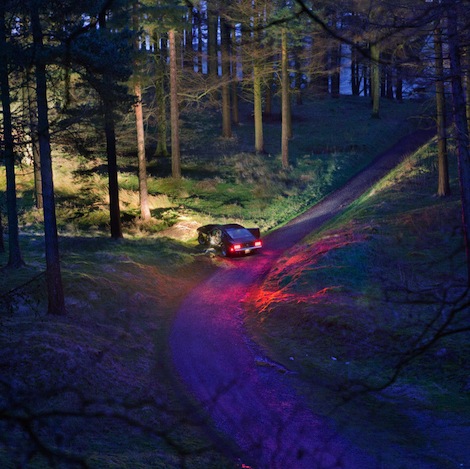 The thing about creating a sophomore album in a genre that is slowly fading at best, and entirely dying at worst, is that you have to find new ways to challenge the sounds and feel of the music being made, without compromising what made your first effort great. When you don’t have fans to spare, creating a second album is often a risk. When we last saw Drenge, the Loveless brothers were setting the bar high with their eponymous 2013 debut album, finding structure in the frenzy of post-grunge that they pushed out, full-force. Since then, they’ve toured relentlessly, played Letterman, added a bassist (former Wet Nuns 4-stringer, Rob Graham), and spent a year writing their follow-up album, Undertow.

From the start, you realize that Drenge is doing the all-too difficult dance of navigating familiar waters while still testing their depth. The album opens with two tracks, “Introduction” and “Running Wild,” that weave together almost perfectly, the former slowly rising into the latter with surprisingly sparse and intricate guitar, and breathy vocals that shift into the jarring and distorted guitar that Drenge has made their trademark. The album is in a constant state of ascension. In noise, in scope, in ambition, and perhaps most noticeably in the aggression present in the lyrics. They are both sinister, and tongue in cheek, almost channeling The Stooges when they were at their best. In “Standing in the Cold,” we hear, “you wanted my heart, for its little work / I was half your age, and I thought we were in love / then I found your car, it was already burnt,” which is just a touch of the grisly imagery we’re shown through the course of the band’s dark storytelling.

The band in its three-piece form fills the empty musical spaces that were perhaps unrealized on their debut. There are pop sensibilities running through the album, with some songs, like “The Woods” falling dangerously close to 70’s Cali-pop. Perhaps the album’s MVP is Graham. Eoin Loveless’ vocals and guitar are just as strong as they’ve ever been, and Rory Loveless’ drumming cuts through the moments when the album threatens to lull you to sleep, but it is the bass that is both unfamiliar and much needed to fill out the band. The fuzz, reverb and feedback are still present. On “Favourite Son,” they seem to happily hack away at their instruments like children in their first band. But the album isn’t just scattered tommy gun rock ‘n roll, either. There is clear purpose, arrangement, and shape to these songs.

Undertow is a triumph, by any measure of what a second album should be. It takes a beloved first album off of its pedestal, shines it up, and then smashes it to the ground. It shows us how to continue the work, even if continuing the work means going on a different path than expected. There will always be a place for the heavy guitar rock of grunge, post-grunge, or whatever iteration we have arrived at now. And with bands like Drenge making albums like this, it assures that the art will continue to be pushed forward, loudly.