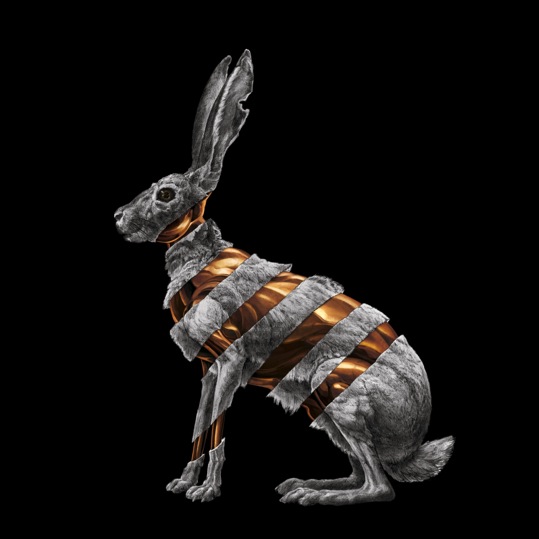 Ellis Ludwig-Leone, leader of the Brooklyn-based baroque pop band San Fermin, seems like the type of artist who has a million ideas all at once, and every ride that he takes his band (and us) on is just an exercise in reeling himself in as much as possible before the flood. That worked well on the band’s first 2013 self-titled effort. It was charming, light, operatic, and though it had ambitions of blending some of Ludwig-Leone’s more classical training into the mix, it seemed to pull itself back, always just at the right time. Admittedly, though, listening to the album, you may have gotten the sense of OK … well, how long can this work before it gets messy?

If Jackrabbit is to be the answer to that question, then the answer is: One album, and maybe a couple of songs. Understand that when I say “messy,” it is not an indictment of the sizable musical ability of Ludwig-Leone and crew. On the contrary, I praise the ability and mourn the lack of vision and ability to harness it all. It is almost a regression from their first effort, in that sense. One cannot deny Ludwig-Leone the songwriter, or composer. His chops are there, and especially potent for someone of his age. The songs here are quick, and jarring (or, in some cases, startling), and then they vanish without ever digging into you or asking to be explored. It is in this way that I was left wanting more after every song. On some, this approach works. “The Cave” is a fun harmony of building instrumentals that marry in a way that is truly satisfying. “Woman in Red” gives us a glimpse into what Ludwig-Leone can do as a focused composer, piling strings and horns on top of each other in a way that only rarely works as well as it does here. That said, the flow of the album feels off, with clunky instrumentals like “Ecstatic Thoughts” popping up right when momentum seems to be building.

The two singers, Allen Tate and Charlene Kaye, also deserve a gold star for their work. In moments, it seemed like they were two boat captains in a storm, trying to steer the song back on course while the overwhelming and heavy arrangements seemed to get away from them. On the songs where they share vocal duties, like the very strong “Parasites,” it is a fun ride, hearing the clash of high and low vocals against a lush soundscape. However, on other songs, this fun ride becomes more of a battle for space inside of an already crowded composition. It is almost confusing, really. How the strong individual performances of the two vocalists get jumbled and nearly swallowed by Ludwig-Leone’s overreaching ideas for a rock opera. Overwrought and melodramatic, much of the album becomes exhausting. And not in the way that a good, rejuvenating jog can be. More like a bunch of short, intense sprints that keep coming, even when you think you’re done with them.

Look, there’s no way around it. Indie-pop is a packed house, and it is becoming even more so. The kids are all done with college and looking to move back home, sleep on the couch, and eat free meals. San Fermin, talented and young as they are, have all of the pieces to the puzzle. They’re going to have to put it together soon in order to distinguish themselves. In this era of romanticizing minimalism, it seems like it would be refreshing to run into the leader of a band who wants to throw every single paint he can find onto a canvas, and then throw that canvas onto a BIGGER canvas. But there has to be something in place to tighten the finished product. I’m confident that San Fermin will figure it out. But for now, they’re still in their childhood bedroom in a “COLLEGE” sweatshirt. Sleeping until noon.