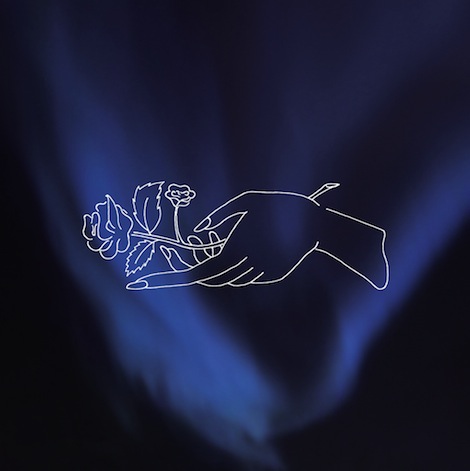 Let’s go ahead and talk about the elephant in the room: The Cocteau Twins. I’m a fan of the legendary dream pop group, and was ready to drive out to Coachella the year they were rumored to be reuniting. So I’m sympathetic to the idolatry going on throughout Them Are Us Too‘s debut album, Remain. Yet the group can’t be so easily written off as a tribute to the Cocteau Twins, even though that alone would be an impressive feat. (When was the last time you heard someone able to pull off the sonic fairy wonderland the legendary Scots created in the ’80s?) The post-punk revival of the past decade has almost been composed entirely of bands directly lifting from either Siouxsie and the Banshees or Joy Division, and it doesn’t take the jaded ears of an old goth like me to hear that. What works for the best of these revivalist bands and for Them Are Us Too is when the influences are peeled back to expose the parts of them infused along side the hero worship.

Right from Remain‘s first song, Kennedy Ashlyn Wenning’s voice demands notice, before “The Problem With Red Heads” sheds some of the Elizabeth Fraser worship, as the duo drifts into an alluringly dreamy rock territory. Sure, this would not have been out of place on 4AD in the ’80s, and the band encourages these comparisons. They also manage to remind me of the Dutch band the Gathering’s post-metal moments. Wenning’s choice of melodies shows she cares about crafting something more than a tribute. You almost hear more Cure than Cocteau Twins until Cash Askew’s guitar comes to prove he has discovered the lost secrets to Robin Guthrie’s sound.

The bat-cave stomp dominates the dance floor at the onset of “Us Now” before Wenning strings you back up into the narcotic cotton candy of her melodies. The drum machines are well handled and the mix taps into a more explicit ’80s sound, in which every instrument is in agreement. When the drum does fall back into a more lo-fi sound, the guitar steps in to fill the gaps. We begin to hear the upper reaches of her soprano on “Marilyn.” The male vocals bring a This Mortal Coil element to the album, keeping them from standing solely in the shadow of the Cocteau Twins. The duo’s saving grace is in the places where she deviates from the expected intervals and Kash’s guitar takes on a rock quality where Guthrie’s tone never really ventured. A great example of this is “694 Mi,” as Kash is more experimental with the use of effect on this song and Kennedy’s voice takes on more heft.  The album closes out with taking a shoegazing drift on “Fall,” the most straightforward song on the album, despite its angelic hover.

Back when I played my fiancée Kate Bush, it ruined Tori Amos for her, so if you have a similar allergy to heavy influence then this may or may not work for you, but this album is worth a listen regardless due to the sublime nature of  sounds this duo has managed to capture. It’s not like the Cocteau Twins are getting back together, so it’s encouraging to know that Them Are Us Too are carrying the torch.

Them Are Us Too : Amends