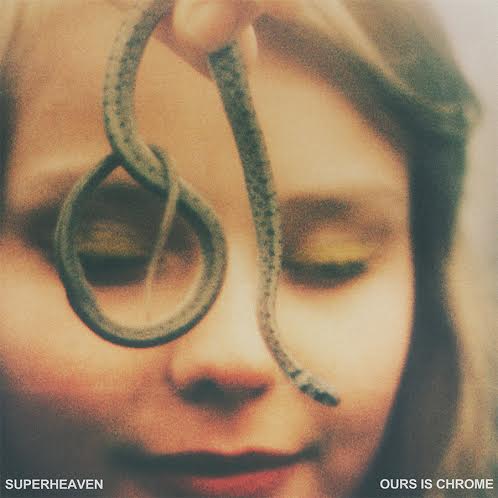 Nostalgia for music and culture of the ’90s reached a pretty intense peak in the last couple of years, to the point where, once you’ve discovered the “90s nostalgia” tag on Buzzfeed, there’s little hope for escape. But outside of the emo revival and re-imagined modern Seinfeld scenarios, ’90s culture — or at least our fascination with it—never really went away. Bushes and Clintons are still major players in American politics, the legend of Kurt Cobain still makes headlines, and Law & Order: Special Victims Unit is in its 16th season. Likewise, nearly every cult band from the ’90s has reunited and hit the festival circuit by now, and it’s hard not to see the appeal: Music in the ’90s was phenomenal, after all (outside of the problematic effects of the loudness war). No other decade saw as many artists with truly weird, innovative sounds running wild with major label checks in their pockets, and it’s unlikely we ever will again.

Doylestown, Pennsylvania band Superheaven—formerly known as Daylight (which, it’s worth noting, is the name of a Failure song)—almost certainly share this assessment of the ’90s as being an inspiring period for popular music. With the opening crunch of “I’ve Been Bored,” the first track on new album Ours Is Chrome, comes a combination of Siamese Dream-style big-budget alt-rock and high-end emo a la Jimmy Eat World. It’s crisp, it’s beefy, and more than a little radio friendly.

Yet while Superheaven nods to their share of indie and alternative reference points from the post-Nevermind Renaissance (chief among them Hum and Failure), the manner in which Superheaven merges a dense, wall-of-guitars sound with radio-friendly hooks sounds surprisingly fresh. Some of that comes from simply not being a carbon copy of Nirvana or Jane’s Addiction, the likes of which accounted for some of the worst music of the ’90s. Superheaven’s reference points, while familiar to a certain narrow subset of fans, are ones that are still a safe distance from cliché. But influences only get you so far, and it’s what Superheaven adds to them that make them interesting. The boom and thunder of “All the Pain” is thrilling in its own right, but there’s a surprising amount of space in the song, making better use of the loud-quiet-loud approach by letting moments linger a little longer. And the slow-moving “Blur” has a sinister creep, which gives it an eerier depth than some of the faster, more urgent songs on the album.

Not that those faster, more urgent songs don’t rock sufficiently hard. The harmonies in “Gushin’ Blood” make great use of the band’s two guitarists, while “Room” rises from a gently psychedelic verse to a radio-hit chorus. And sure, it’s hard to avoid the inherent ’90s vibe that’s injected into their riffs and dense distortion. That it’s not explicitly grunge—or emo for that matter—gives it a slightly more intangible, harder to define quality. If that sort of thing even really matters; Superheaven make great songs that rock hard. That’s more than enough.