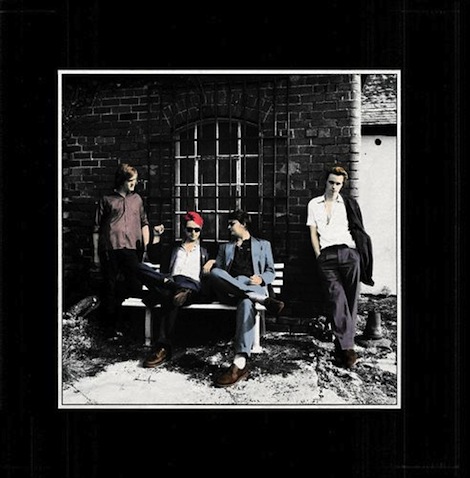 The UK, and its various localized outposts, has always been a consistently reliable resource for exciting, innovative rock music, and the past decade has been no exception. Chief among the best of its recent exports is Palma Violets, whose 2013 debut 180 was a refreshing burst of pub-friendly rock ‘n’ roll. And two years later, the Violets are back, with 13 new tracks for chugging your suds to. Produced by famed and highly prolific producer John Leckie, the album shares a kinship to the rowdy riffs of The Arctic Monkeys, with a spoonful of atmosphere from Radiohead’s The Bends.

The band’s balance between slow love ballads like “The Jacket Song” and pub-breakers such as “Secrets of America” create a warm, welcoming tone to draw the listener into their familiar, albeit slightly altered new digs. Palma Violets find their niche in chromaticism and modal changes this time around. “Peter and the Gun” builds up to its descending guitar riff, pulling us down only to go through the full spectrum with its chorus switching back to a major key. Theoretically enticing, the pounding anthem is chock-full of raw emotion and drive — thereby raising the bar from the band’s debut album. Combining the occasional flute sample with howling vocals achieves a feeling of pushing ahead — as if the band is sweeping something under the rug, and this album is their answer to a problem they’d rather we not know about.

Refreshing like lemonade and lager, Danger in the Club is engineered to cycle through many a sun-induced playlist. Even when the band goofs up and takes a tumble, they’re far too lovable a bunch for you to hold it against them. The few darker moments of the album are quickly balanced out by snappy guitar riffs and cheeky lyrics — the first track finds the gang howling a folk tune titled “Sweet Violets.” Sprinkling these little jokes throughout is what makes Palma Violets such an enjoyable bunch. Their nonchalance and laid-back feel enhances their artistry, leaving an easy-to-swallow musical pill. Danger in the Club is the ideal appetizer to a long night of good-natured, Converse-scuffing debauchery.