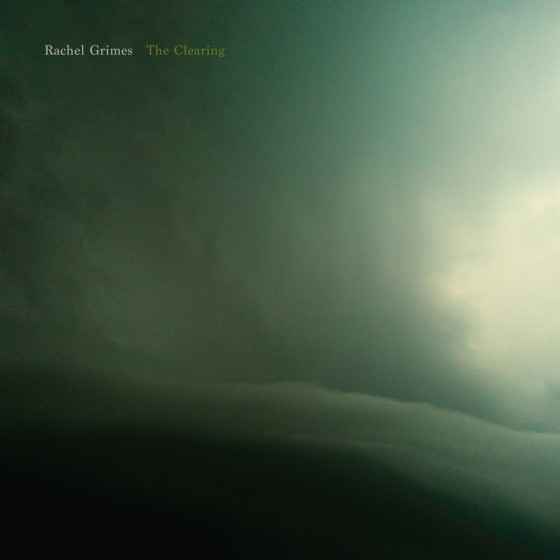 Rachel Grimes has seemingly changed a lot throughout her career. And yet, in some ways, she hasn’t changed at all. If you recall Rachel’s, who last left us with 2005’s Technology Is Killing Me, you likely recall the complex and theatrical chamber music, minimalist in aim, though utilizing a deep ensemble of musicians playing all manner of instruments thrown on top of the piano and guitars.

Grimes herself had been fairly quiet, despite 2009’s Book Of Leaves, which was a solid effort, even though it was not entirely satisfying, given the display of Grimes’ talent on past works. Beyond that, Grimes has been collaborating with chamber groups here and there, but not branching off to stretch her solo legs. Along comes The Clearing, a grand and towering album, not entirely minimal, but entirely pushed forward by Grimes and Grimes alone. Being able to hear a run of astonishing piano work like this is something rare in music today, and almost instantly satisfying. It is, at its core, a piano album, though there are carefully chosen and perfectly paired collaborators. On “The Air in Time,” Grimes collaborates with electronic/ambient musician Loscil to create a spacious and layered track that does not drown out her ability, but perhaps enhances it. Every collaborator on the album serves that specific purpose: To be the perfect side to an already flourishing meal. Christian Fredrickson and Kyle Crabtree play the viola and the drums, respectively, on “The Herald,” but more importantly (like all of the guest musicians), they know when not to play. On “Transverse Plane Vertical” and “Transverse Plane Horizontal,” the stirring and busy instrumentals hit you in waves. Drums, guitar, strings, clashing together at once. But underneath it all, the strong strand of piano holds the song together. Most notable here is the title track, which is an assembly line of piano droplets, briefly interrupted by short bursts of electronic noise.

It is, maybe, not an ideal album to take in over the course of one sitting. Which isn’t an indictment of the music, necessarily. But may it is. Maybe there is just too much happening at once. By the time you reach the closing track “The Air at Night,” you may feel overwhelmed, almost overstimulated. What that says, to me, is that the album has done its job. It has created a wealth of scenes within the instrumentals. It takes you on a childlike ride, holding you in its arms and showing you the photos in an oversized picture book. That said, not all of the pictures are clear. Some are a bit overly chaotic, as if Grimes gave up on developing a full idea for a song, and just threw everything she had into one pot. Still, if you are looking for a return to the form that made Rachel’s a unique and exciting listen, I think it can be found here. What is found here in abundance, though, is a master of an instrument, doing what she does best. There are moments that feel like the piano is simply attached to her fingers, bending to her will, shaking the whole earth at our feet.