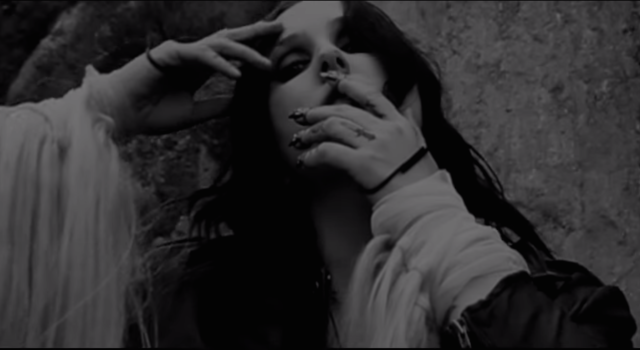 Los Angeles artist Chelsea Wolfe has a way of presenting dazzling visuals to go along with her dark musical creations (if you’ve seen the videos that she made for any of the singles from Apokalypsis or Pain is Beauty, you’ve probably noticed this), and the new self-directed clip for “Carrion Flowers” (produced by Cathy Pellow and Marc Jetton) doesn’t disappoint. Here, Wolfe pairs the throbbing, grinding industrial highlight from new album Abyss with desolate shots of American landscapes, power plants, swirls of ink, fire, scratched film and even some of her own choreography—against desolate American landscapes of course. There’s a message about environmentalism and anti-corporatism in there, though if you’d prefer to just appreciate the visuals, that’s a fine option as well. It’s haunting and it’s beautiful, as we’ve come to expect from her at this point. Watch the “Carrion Flowers” video below.