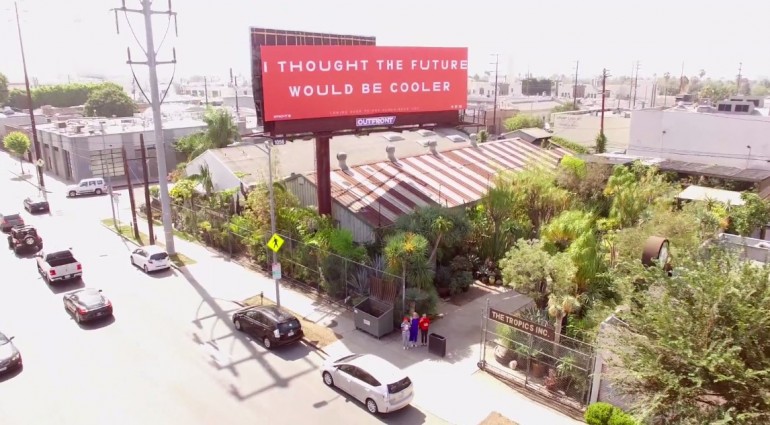 Electronic pop duo YACHT are releasing a new album titled I Thought the Future Would Be Cooler, which will be out this fall via Downtown Records. The album was initially announced via a billboard, and on Friday, the group revealed the tracklist via a track-listicle on Buzzfeed titled 11 Ways We Thought the Future Would Be Cooler. It features a series of gifs rife with pop culture references, including a Tupac Hologram, Stephanie Tanner from Full House, and the classic Maxell ad with the guy in the chair. Take a look at one highlight below, along with the album’s tracklist.

Our species has never quite been able to stop itself from grabbing technology, turning it around, and using it as a mirror. Only now the mirror is everything: we are surrounded by representations and reflections of ourselves, avatars, profiles, front-facing cameras. Identity is weird.

YACHT I Thought the Future Would Be Cooler tracklist:

1 Miles & Miles
2 White Mirror
3 Matter
4 Ringtone
5 I Thought The Future Would Be Cooler
6 L.A. Plays Itself
7 I Wanna Fuck You Till I’m Dead
8 Hologram
9 Don’t Be Rude
10 War on Women
11 The Entertainment

YACHT : I Thought the Future Would Be Cooler

YACHT : I Believe In You. Your Magic Is Real.