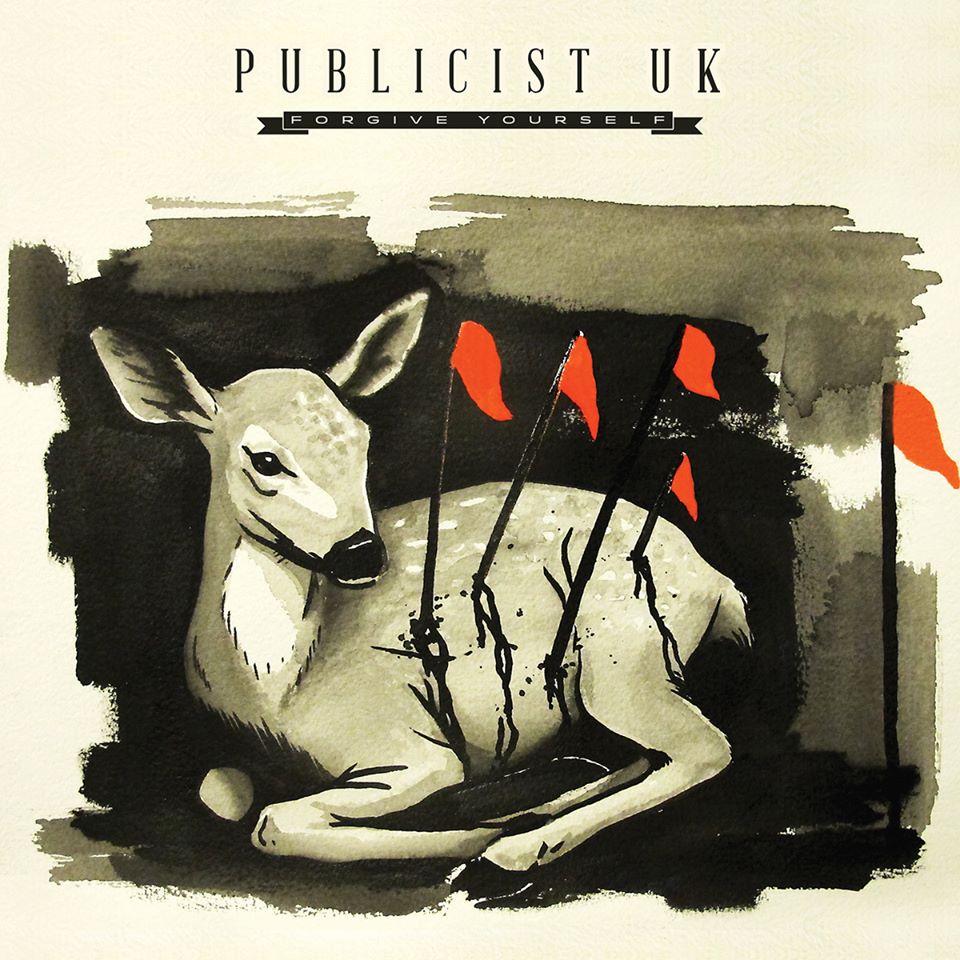 Post-punk and metal both rose to prominence in the late ’70s and early ’80s, but even then, and for the most part long after, the line between the two has been boldly drawn. Each is defined by darkness and catharsis, but in considerably different ways, metal favoring aggression and flash, post-punk and its moody kid brother goth-rock defined by nuance and melancholy (and a fair amount of drama in certain circumstances). That being said, it’s easy to find common ground between the two, particularly this deep into metal’s evolution. Rolling Stone recently ran an article about Depeche Mode being one of metal’s secret influences, while veteran goth cowboys Fields of the Nephilim recently performed at this year’s Roadburn Festival alongside Eyehategod and Enslaved. And then there’s Killing Joke, who have long been the rare band that nimbly danced along the borderline between the two.

Publicist UK‘s personnel comprises a who’s-who of veteran bruisers, featuring members of Municipal Waste, Revocation and Goes Cube, though they aren’t a metal band. They’re also not from the UK, though that’s undoubtedly the home country of most of their influences, save for Swans, whose frontman Michael Gira is clearly a vocalist that Publicist singer Zachary Lipez has spent a good amount of time studying. The gloom of Manchester flows through Publicist UK’s melodies on debut album Forgive Yourself, albeit in a much heavier manner than a band like Joy Division ever played; where a song like “Blood Relative” lives up to the legacy of ’80s mope, its chugging riffs in the coda more than give away their hesher pedigree.

It shouldn’t come as that much of a surprise that the combination of aesthetics work pretty well. However, the band’s heavy post-punk often comes across more like post-hardcore, as it’s hard not to hear the dense punk grooves of a band like Quicksand when they’re firing on all cylinders. It’s the anthemic nature of their songs, and by extension Lipez’s own position as the carnival barker to the bummed that ultimately pushes them that step further into being the heaviest goth rock band in America. When Lipez incants, “All the cowards in the house/ Sing out!/ Sing out!“, it comes across as a bit pretentious, but to do gloom properly, it sort of has to. Lipez delivers it with a mighty bellow, though, and as such it’s oddly empowering, though immediately thereafter, his sing-speak of “We were born to lick boots/And pretend it was steak” makes him sound more like “Liar”-era Henry Rollins than Jaz Coleman.

Publicist’s emphasis on beefing up a starker post-punk aesthetic is more often than not fine enough, but as the album progresses away from an explicit heaviness, it grows stronger. The sleek groove of “Telegraphing” clicks into place nicely, never in danger of losing its stark appeal, while “You Are the Stars” and “Away” are the most spacious tracks here, allowing the gorgeous arrangements to breathe properly. Forgive Yourself is more a case of a strong fusion of ideas than an identity crisis, though there are moments throughout where it seems the band is being pulled in opposing directions rather than finding a suitable middle ground. When it works, though, it’s as strong a case as any that post-punk’s legacy has led us to something much more crushing.