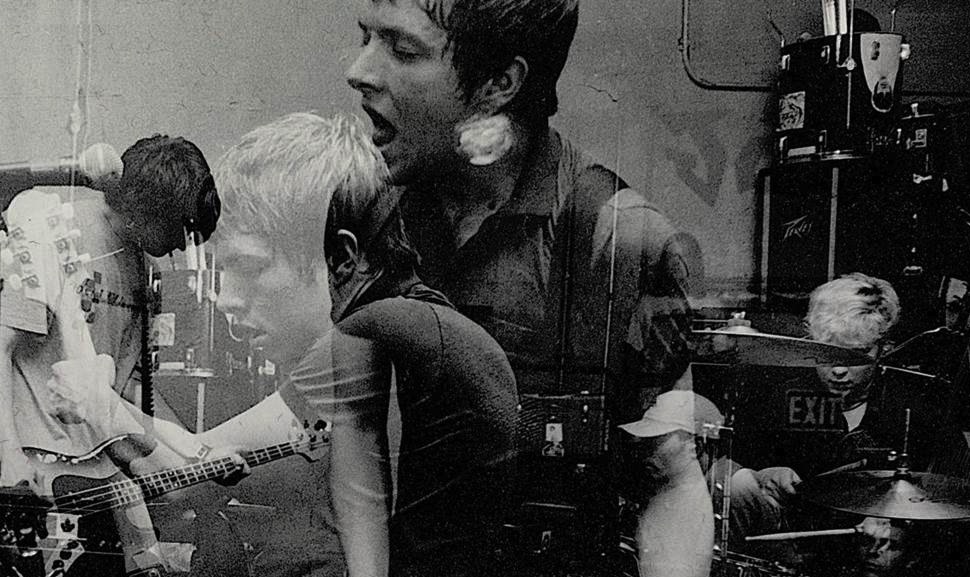 Part Two: Off This Century 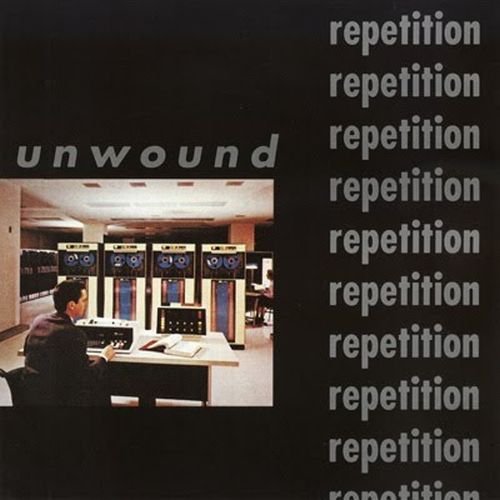 Judging from the lyrics, Justin Trosper seems dejected. Take a good look: “Don’t have faith in anything”; “Explanation makes me a fool”; “Extend an invitation to the most annoying people of the world / their personalities are frightening / their grotesque lives are boring”; “I’d like to star as an alien killing all the humans”; “My mind might look like a garbage can, but at least I know who I am”; “Your friends become uglier than before / you might just find that being mean is worth your time”; and “They will pick your life apart and throw away your art / the critics are all missing the point of what you’re doing.”

Trosper references being bored three separate times, and, in order, says these “-tion” suffixes: Invitation, infiltration, conversation, repetition, situation, explanation, examination, invitation and conversation. But Unwound’s signature sonic excursions flip Trosper’s glum tone upside-down. Repetition is somewhat repetitious—the head-nodding beat and knob twisting of “Fingernails On a Chalkboard” does not lose any pace—and may have been a joke for all the critics that misunderstood the band. Hailed as a punk rock tour de force, Repetition rolls through spazzcore (“Message Received”), a hardcore pop hit (“Corpse Pose”), impeccable rhythms, screeching guitar din, low slinging bass lines, and mawkish guitar solos; all of this blends together into inspirational noise. But the band sounds warmer and sleeker than ever. There’s one instrumental on each side, and they couldn’t be more different—“Sensible” is a funky, dubby echo; “Go to Dallas and Take a Left” is a guitar-bass-drum bash race against a forlorn horn that ultimately becomes a super harsh mess. Unwound’s sparks are still flying, but they’re starting to chill. On an emotional scale, “For Your Entertainment” is probably Unwound’s best song; Trosper’s elongating scream of “entertainment” coupled with the scream of his guitar is pure splendor. And speaking of repetition, you have to stop the LP manually or that annoying locked groove will last forever. Yes, Unwound is deliberately fucking with the listeners.- JJM 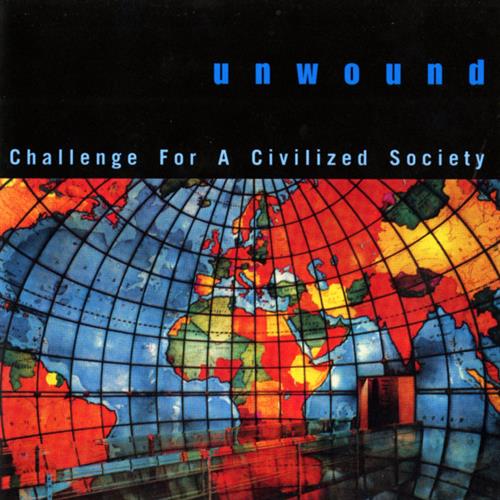 Unwound was always scaling upward, and became a better version of itself with every subsequent album. Unwound had released a new album each year, but one extra year of preparation was put into Challenge for a Civilized Society, and it ended up being one of the most well-produced and expertly recorded albums of the era. Unwound let its experimental flag fly—saxophone, Univox Beatbox, synthesizers, Fender Rhodes, Ensoniq Performance Sampler, Harmonium, Hammond M-3, and some trumpet from Dave Carter. Resident producer Steve Fisk deserves endless high-fives for his involvement; everything on Challenge sounds pristine. This isn’t an album meant for a busy room; it demands complete attention and zero interruptions. Trosper’s distorted blues guitar was forever unmatched and awesome, but the layers happening on Challenge are out of this world. The constipated sax and trumpet freak show of “Side Effects of Being Tired” transitions into numerous sheets of guitar splintering out in all directions for several minutes, and closing noise ballad “What Went Wrong” could make your body quiver. And what other punk band could play an instrumental as lovely and jazzy as “Sonata For Loudspeakers”? Unwound was untouchable, and Challenge was a hook-laden machine. Rumsey’s bass playing was ridiculously good, Sara Lund drummed with no limitations, and Trosper could now be heard as a legit singer. And while it’s one of their least favorite of their own records, Unwound had found the perfect balance of catchy and weird. – JJM 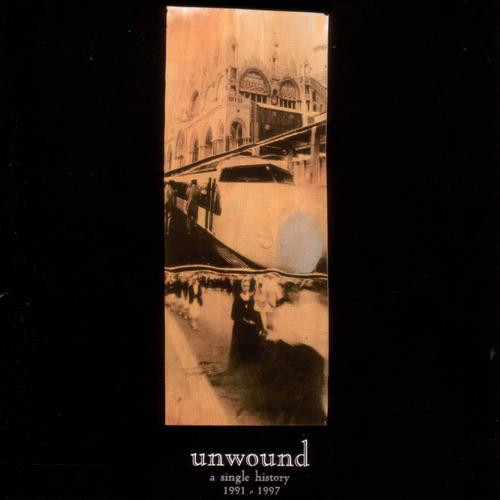 Though compilations aren’t typically part of our regular catalog evaluations, we made an exception with Unwound, partially because they only released seven albums, and partially because the progression of their non-album singles parallels that of their sequence of albums, but compressed in a much more concise package. As compilations go, A Single History is not exactly short—it comprises 17 tracks in 58 minutes—and the prog-core highlight “The Light At the End of the Tunnel is a Train” is 10 minutes of experimental post-rock, ambiance, noise and other strange sounds. That track arrives toward the end of the compilation, however, and most of the tracks that lead up to it are much shorter, yet run a wide spectrum of approaches. Take “Caterpillar” and “Miserific Condition,” both of which show up in the middle of the tracklist. They’re both a second or two under two minutes apiece, but offer two different takes on the signature Unwound sound. The former is the more melodic, straightforward punk bruiser with an almost-catchy chorus, while the latter is a harsher and less forgiving post-hardcore throwdown in the vein of Drive Like Jehu’s early tracks. A lot of what appears on the compilation is rawer, more visceral and often weirder than what appears on their albums (see: the squonking sax of “Said Serial,” or the vibraphone touches on “Everything Is Weird”). And that’s what makes it one of their most fun releases, if not necessarily the most cohesive. It says something about Unwound that their most left-field release is their singles compilation. – JT 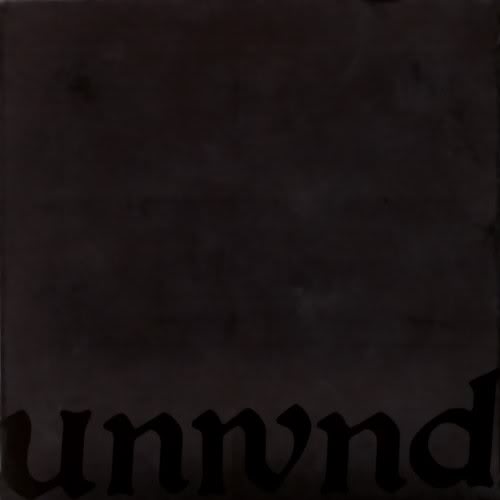 The cover art for Unwound’s final album, Leaves Turn Inside You is a solid black; you have to tilt it under the right light to be able to see the “UNWND” printed in stylized script, black on black. The first sound on the record is two full minutes of feedback hum, testing the endurance of the listener, as if to dare them to sit around long enough to make it to the gorgeously dreamy psychedelia of opening track “We Invent You.” And for the first time in their career, Unwound had recorded and released a double album. Everything about Leaves Turn Inside You felt immediately different—more conceptual, weirder, more difficult—than Unwound’s previous records. For a solid decade, the Tunwater, Washington group had established themselves as one of the hardest working, and hardest sounding, bands in the Pacific Northwest. But on their final album, Unwound largely abandoned everything familiar. This was new territory for the band, and it was a beautiful experiment.

To call it an “experiment,” though, seems like a backhanded way of saying that trying something new and unexpected paid off in a big way. Unwound clearly knew where they were going and what they were doing, and as a result, Leaves Turn Inside You is their best album. Recorded in their own studio—a farmhouse in Washington—the band committed themselves fully to making a record on their own terms, and what they ended up with is a melodic masterpiece that stands as a breathtaking close to their career. It’s a good distance from the driving post-hardcore of their earlier records, instead making forays into heady shoegaze (“One Lick Less”), icy post-rock (“Below the Salt”) and even something resembling a radio single (“Demons Sing Love Songs”). Still, many of the best songs are those that still carry the muscle of their past work, and the relentless fury, however tempered, such as the triumphant disc-one ender “Off This Century,” the jerky noise rock of “December,” or the hypnotic groove that “October All Over” carries. No idea is repeated on this album, yet the sequence and pacing of Leaves Turn Inside You is impeccable, almost telling a story without any particular central narrative to speak of.  Unwound were always good, but Leaves feels like a miracle—a final statement of craftsmanship and artistry that sealed their legacy and placed them in a class of their own. – JT