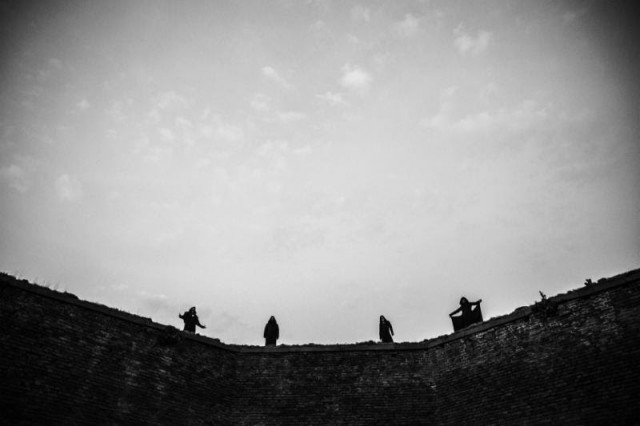 Drone doom metal duo Sunn O))) have spent the last five years or so mostly collaborating with other artists. Last year, they released the incredible (and well matched) Soused, with Scott Walker. And shortly before that, they released a collaborative album with Ulver, titled Terrestrials. After six years, however, they’re finally planning the release of a new studio album and follow-up to 2009’s Monoliths and Dimensions. On December 4, Sunn O))) will release Kannon via Southern Lord. Each of the tracks on the album is titled “Kannon,” and there’s only three of them, which tells us that they’ll be droning behemoths, just as a Sunn O))) composition should be. A press release says that it’s “the most figurative album SUNN O))) has created,” whatever that means, and it was recorded in Seattle with regular producer and collaborator Randall Dunn.

A limited-edition clear vinyl version will be released on Black Friday, November 27.