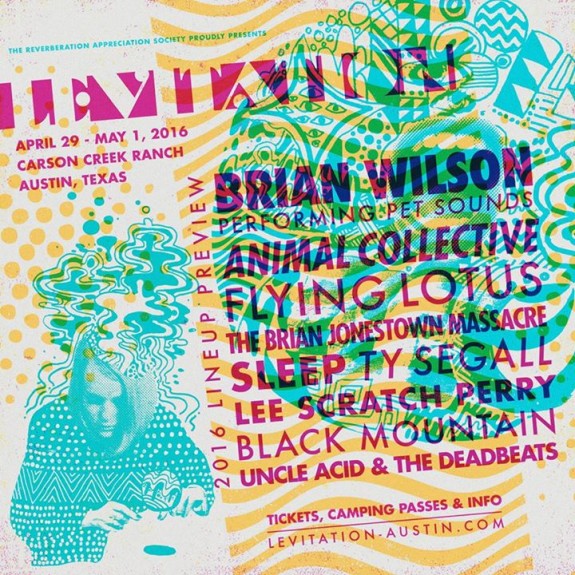 Levitation, the psychedelic-oriented music festival formerly known as Austin Psych Fest, has announced its initial lineup for 2016. The festival will take place on April 29 through May 1 at Carson Creek Ranch in Austin, Texas, and it’s already got one doozy of a set of acts lined up to perform next year. Headlining the whole shebang is Brian Wilson, who will be performing the entirety of The Beach Boys’ Pet Sounds (!). We could stop there, but there will be plenty of other great bands performing as well, including Animal Collective, Flying Lotus, Sleep, Brian Jonestown Massacre, Lee “Scratch” Perry, Ty Segall, Black Mountain and Uncle Acid and the Deadbeats. More acts are expected to be announced in the coming months.

Tickets are available to order now, and start at $165. To see the full Levitation festival 2016 lineup and more details, head to the festival website.