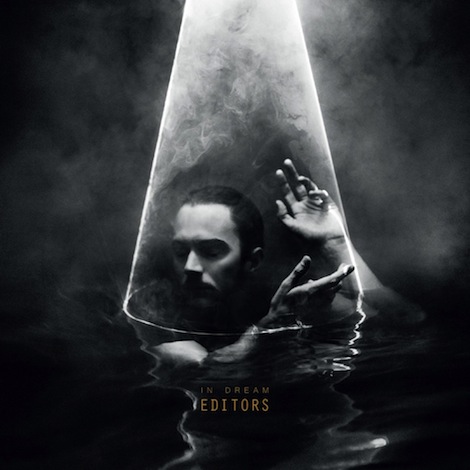 When I returned to DJing and writing for music media 10 years ago, it was in the middle of a heady time for so-called indie rock. New dance grooves had blossomed, quirky and edgy guitars found the stage again, and sad-panda hipsters had plenty of drone and ennui in which to wrap themselves. The underground was quickly coming above ground, yet along with its popular momentum came opportunities to rest on its creative laurels, repeating itself. By 2005, for every Strokes there were at least two Kaiser Chiefs, for every LCD Soundsystem an Uffie, and for every Interpol an Editors.

That British band first hopped on the post-punk revivalist train with 2005’s The Back Room, Tom Smith’s dour vocals energized by his wailing and arpeggiated players. But after being lifted up to Mercury Prize contention, and despite leaning on everything from brash synthesizers to dusty production setups to keep the registers ringing, Editors’ critical returns have diminished. I hadn’t thought about this band in years, let alone any music I once liked by them. They felt left by the side of rock’s road.

Editors’ fifth album In Dream doesn’t just fix this, it suggests any disappearance from relevance was grave injustice. Gone are their Joy Division and Chameleons fetishes, their moments of synthpop zeal, and their most recent grasps at the sound of a stadium band trying to become small and intimate again on The Weight of Your Love. In Dream retains yet refocuses Editors’ brand of reservation and gravitas, and makes better use of electronics and other tricks to establish dramatic and constantly shifting atmosphere.

This is the first album Editors produced themselves, and the first time in a long time where all of Editors feel like pros, like everyone’s doing something musically meaningful and interesting. “Our Love” recalls recent artsy electronica except that things seem purposefully off—slightly mistimed synths, dissonant vocal overdubbing. The soft guitar inflections on tracks like “At All Cost” and “The Law,” suggesting everything from rockabilly to shoegaze, fit in new and interesting ways with their technology. A little marimba bridge here, a guest spot from Rachel Goswell of Slowdive there, and In Dream almost rises to the level of sonic genius.

Meanwhile, Smith suddenly sounds like a balladeer steeped in the history of smart New Wave and the New Romantic movement. He hangs on to a lazy falsetto in “No Harm” and tilts at windmills in the booming choruses of “Salvation.” He can embrace the generic mantras of songs like the lighter-raising “Marching Orders” (“tryin’ to give more” makes for an epic outro refrain, meaningless as it might be) or twist the lyrical knife on “Life is a Fear” (a fear “of falling through the cracks,” that is, promoting perpetual motion). He hits a lot of reference points from intelligent pop and rock vocalists across the 1970s and 1980s, all averaging out to what might best be called “aggressive Bryan Ferry.” I figure that’s pretty good company to keep.

By the official release date of this album, four of the 10 songs from In Dream will have been released as independent singles. Album opener “No Harm” has already been used on TV, and “Life is a Fear” would be a great sleeper pick for best-of-the-year lists. Focus on only those, though, and you will legitimately get only half of Editors’ story here. This is about as shocking and welcome a shift as when The Horrors moved away from mindless garage rock (Strange House) in favor of dream pop (Skying). In Dream is Editors’ surprise sophisti-pop album, the muddle of releases following The Back Room forming a creative chrysalis from which the band have emerged with fresh, wet wings.

Editors : In This Light and On This Evening

Editors : An End Has a Start