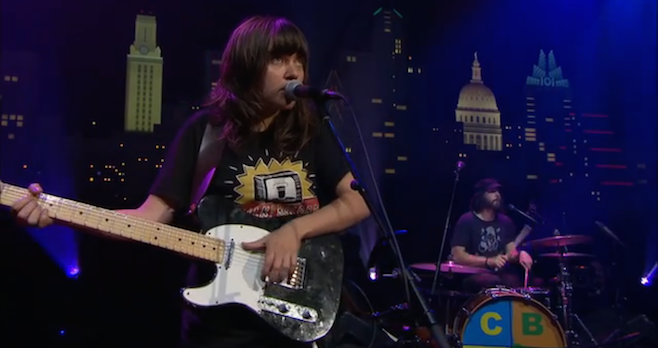 Courtney Barnett has spent most of the year performing in support of her new album Sometimes I Sit and Think, and Sometimes I Just Sit, and that includes several stops in Austin. One of them happened to be for a recording of the PBS show Austin City Limits, which aired this weekend. Half the show featured Barnett, while the other half featured Gary Clark Jr. Barnett performed a six-song set, which included five highlights from Sometimes I Sit and Think, as well as a cover of a song by Australian power-pop group You Am I. Watch the Courtney Barnett Austin City Limits set below, starting at 27:52.

Courtney Barnett’s Sometimes I Sit and Think, and Sometimes I Just Sit is one of our favorite albums of the year so far.