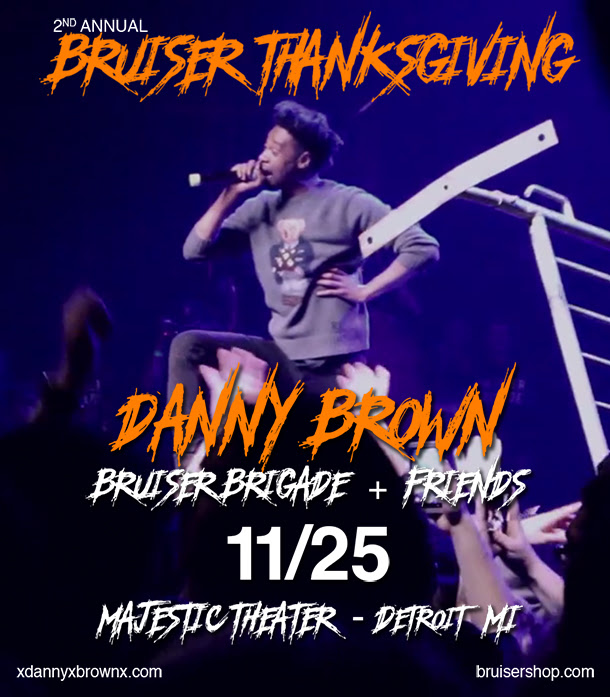 Danny Brown is inviting you to Thanksgiving. On November 25, the Detroit rapper will throw his second annual Bruiser Brigade Thanksgiving show at Detroit’s Majestic Theater. The show bills “Danny Brown + Friends,” which means that some guests are likely to show up, though they haven’t been announced as of yet. Brown also will partner with InsideOut Detroit’s City Wide Poet’s Project, to lead a poetry workshop for teens and adults the same day of the show.

Brown is using this opportunity to raise funds for Detroit Public Schools and the City Wide Poet’s Project through Crowdrise. Check out a trailer for the Danny Brown Bruiser Brigade Thanksgiving II show below. Tickets can be purchased here.