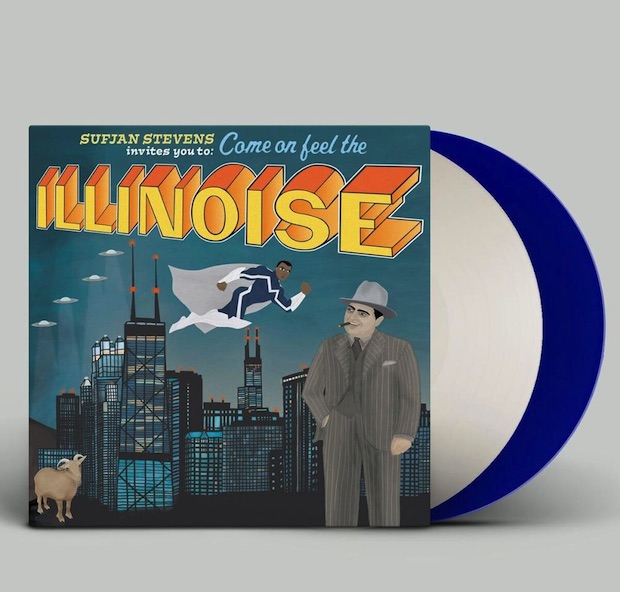 Sufjan Stevens is releasing a vinyl reissue of Illinois for its 10th anniversary. The double LP will be released via Asthmatic Kitty in early 2016, in two colors: Antimatter Blue and Cape White, and will be limited to 10,000 copies. (That’s still a lot of vinyl, so you’ll probably be able to snag a copy.)

The new reissue is being called the “Blue Marvel Edition.” The reason behind this is the presence of Marvel Comics character Blue Marvel on the cover, as drawn by Illinois cover artist Divya Srinivasan.

The Blue Marvel, for those not familiar, is a relatively new character to the Marvel universe, whose powers are similar to those of Superman, who originally appeared on the cover art for Illinois. However, subsequent copies removed Superman from the cover art, due to a copyright dispute with DC Comics, though Stevens and Asthmatic Kitty did reach an agreement with DC to continue selling their existing copies. So, consider this a tongue-in-cheek reference to that mix-up.