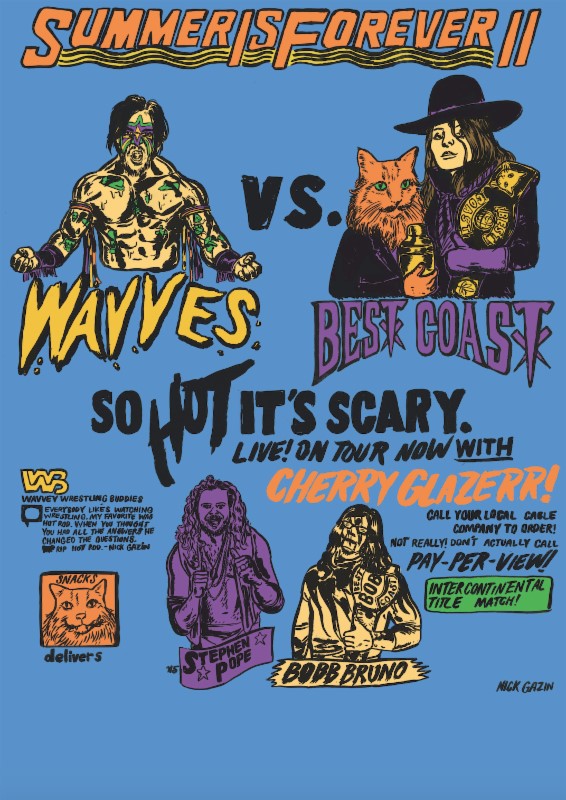 Earlier this year, Best Coast released the crunchy, ’90s-leaning album California Nights, which was followed several months later by Wavves’ own contribution to the 2015 canon, V. And both Southern California bands share a similar penchant for fuzz, sunshine and stoned melancholy, so it makes perfect sense that they’d tour together. Starting next February, Best Coast and Wavves are on the road together for a few weeks of co-headlining shows in North America. Check out the tour schedule below (and the pretty awesome poster above).

All dates are with Cherry Glazerr.