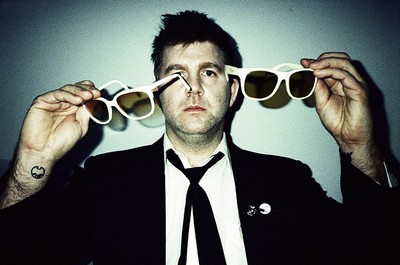 LCD Soundsystem is reuniting at Coachella in 2016. James Murphy’s dance-rock outfit broke up back in 2011, after the release of their album This Is Happening, and now they’re joining an already confirmed Guns ‘n’ Roses as one of the headliners of the upcoming 2016 festival, held on the weekends of April 15-17 and April 22-24, according to a report from The New York Times. The Times confirmed the LCD reunion with a source with direct ties to the festival, who requested not to be named in the story. Rumors have been circulating about the band’s potential reunion for some time, and on Christmas Eve, Murphy & Co. released a new Christmas track, “Christmas Will Break Your Heart.”

Murphy explained the initial break-up to Pitchfork in 2010: “It’s all just gotten bigger than I planned or wanted. Not that I’m against it but I don’t want to get bigger. What’s the goal now– get fucking huge? I don’t want to be a famous person. It’s fucking great where we are. I get on an airplane and nobody has any idea who I am. I just want to do other stuff.”