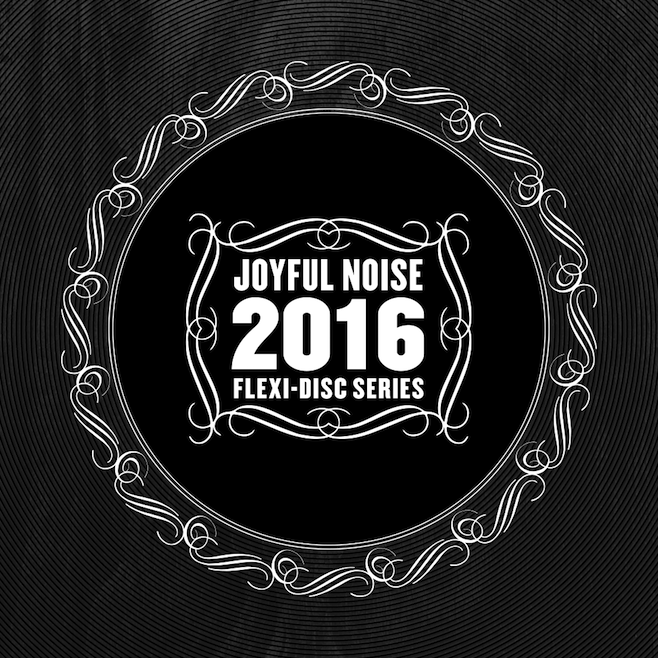 Joyful Noise has just announced the lineup for its 2016 singles series. The series, which is offered as a yearly subscription, includes one new and exclusive song per month released on a clear, single-sided vinyl flexi disc. Each release is limited to 1,000 copies.

Subscriptions for the series cost $8 per month, and if you pay for a yearly subscription, you’ll receive a handmade box. You can also pay $22 per month for a VIP subscription, which comes with extra perks such as early access to the label’s new releases, and exclusive VIP-only 7-inch singles.

Joyful Noise says this will be the series’ last year.