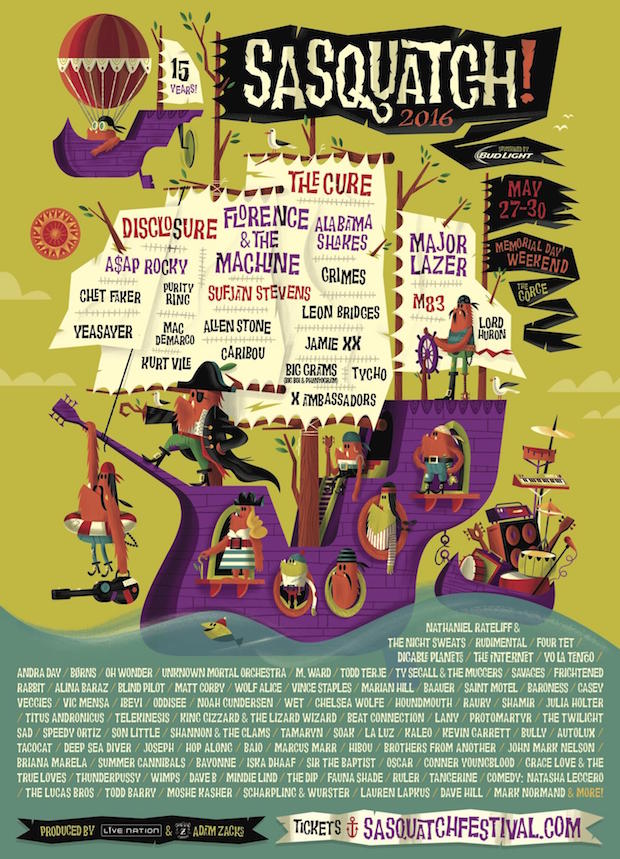 The Sasquatch! Music Festival has announced its lineup for 2016. The fest takes place at the Gorge Amphitheatre in Quincy, Washington on May 27-30. This year, its top-billed acts include The Cure, Florence and the Machine, Disclosure, Sufjan Stevens and M83.

This is the 15th year of the Sasquatch! festival.

Tags
Florence and the Machine grimes M83 The Cure