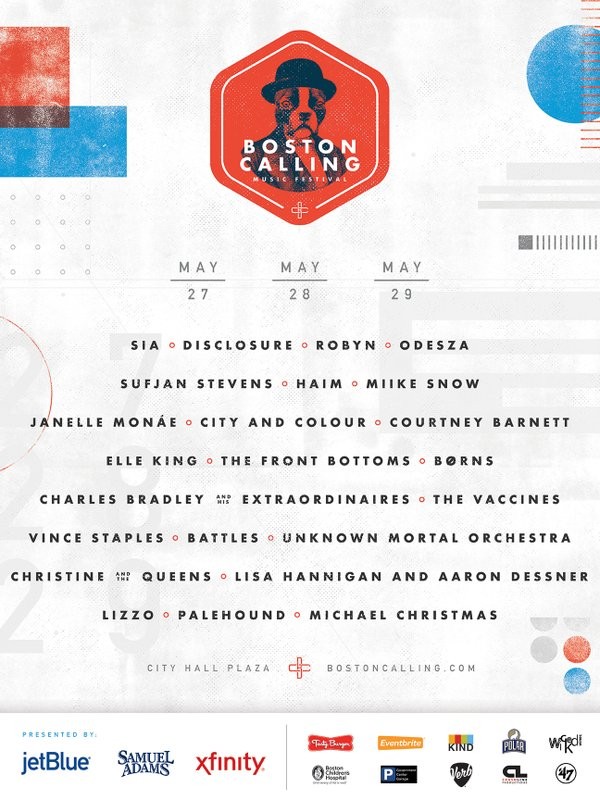 The Boston Calling music festival happens twice a year, and it has announced the lineup for its spring edition, which takes place May 27-29 at Boston’s historic City Hall Plaza. The headliners for the spring festival include Sia, Disclosure, Robyn and Odesza. Other artists on the Boston Calling spring 2016 lineup include Sufjan Stevens, Courtney Barnett, HAIM, Janelle Monáe, Vince Staples, Charles Bradley and the Extraordinaires, Battles, Unknown Mortal Orchestra, The Vaccines, Christine and the Queens and many others.

Tickets and the full lineup can be found at the festival website (the lineup is also on the flyer above). Because the festival happens twice a year, if you can’t make this installment or the lineup isn’t ideal, then the next one is expected to happen around six months later. Last year’s happened during the final weekend of September.