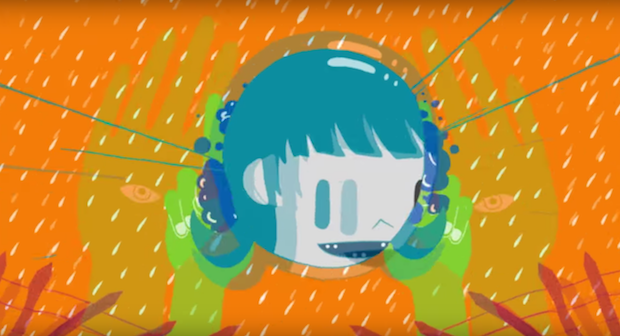 On Friday, February 19, Animal Collective release their new album Painting With, via Domino. And after releasing a handful of preview tracks from the album, including first single “FloriDada,” they’ve got one more to share with us before the album is officially released. The new track is titled “Golden Gal,” and it’s been released with a visualization by Celeste Potter that depicts a cartoon girl’s head spinning around to the beat. It’s fun and weird, like most Animal Collective-related things. Watch and listen below.