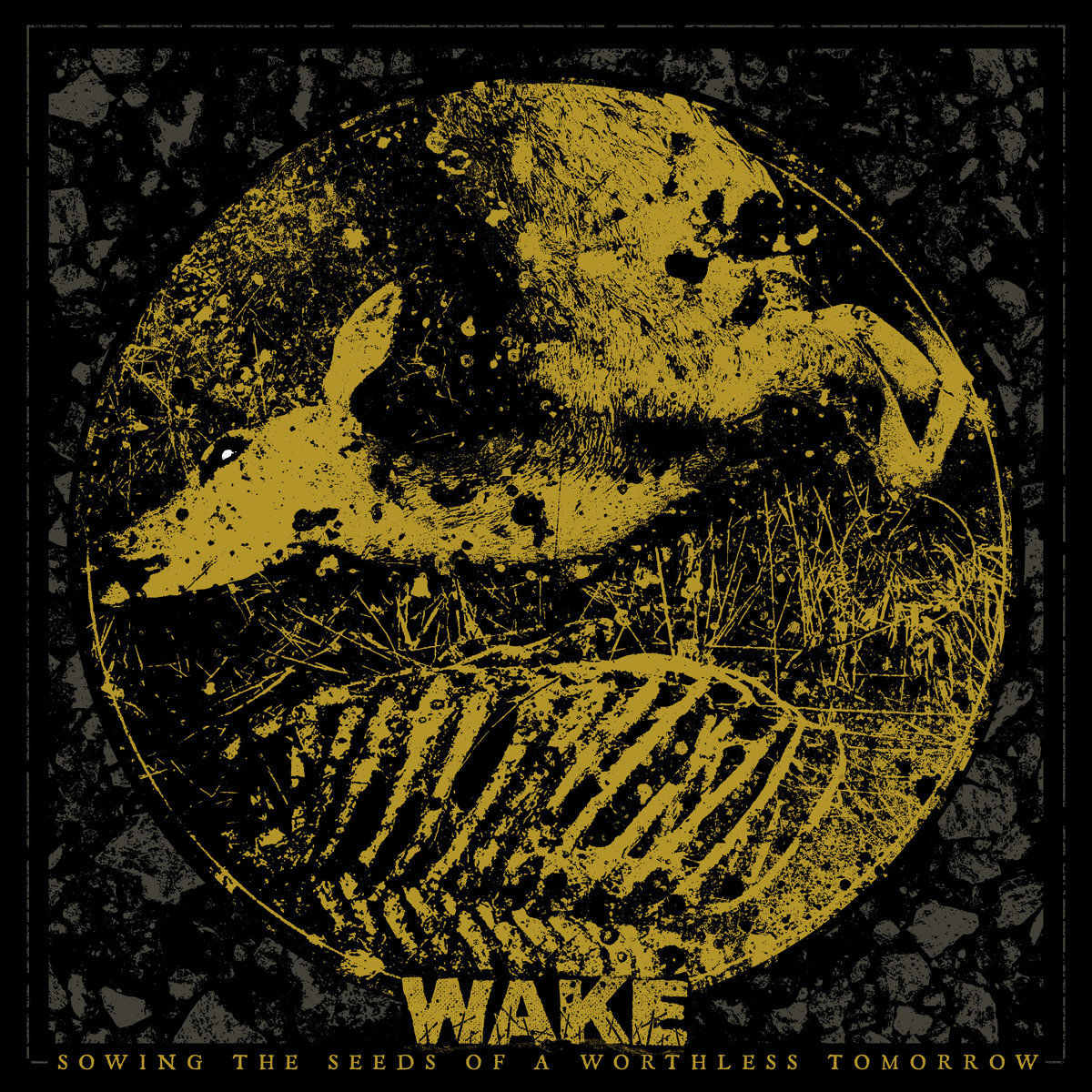 The defining characteristic of grindcore is speed. Whether performed with Ginsu-blade precision or churned out with ham-fisted, bludgeoning recklessness, it always moves at a pace just a little past breakneck. It’s one of the few things you can count on in life, its precedent put in place many years ago, back when Napalm Death’s one-minute song “You Suffer” set the bar for extreme metal standards and practices. You can still dress it up, flesh out the details, even find a way to shoehorn a melody into the uncompromising and relentless blast of grind. Just make sure that pace never lets up.

Calgary’s Wake does no such thing on new album Sowing the Seeds of a Worthless Tomorrow, the group seemingly hell-bent on danger as they plow through a vicious eight songs in 19 minutes. And yeah, they play it fast, with an elegant attention to detail in their technical, pitch-perfect approach. The musicianship, even for a particularly unforgiving canvas such as grindcore, is as tight and dynamic as you’ll find anywhere in metal. But it’s not so much the band’s instrumentation that’s most impressive—it’s the songwriting. The melodies on Sowing the Seeds of a Worthless Tomorrow are where the band’s talents truly shine, each two-minute explosion of energy and rage revealing more than just the cathartic seething they so expertly deliver. The machine-gun-fire drums of “Wretched Tongues” almost obscures what ultimately becomes a roaring hardcore standout, slowing down to a doomy circle-pit peak in its second half. “Drones” pinballs back and forth between Converge-style mathcore and melodic black metal transcendence, and the title track, at just shy of three minutes long, feels utterly epic in the context of the rest of the album.

The exhausting nature of Wake’s style of hyperactive grind makes the idea of something longer than what they’ve delivered seem utterly unnecessary. Yet there are so many nuances and layers to what they do that an album of twice this length would seemingly feel like that much greater of an achievement. A 20-minute explosion of technical grindcore and blast-beat hardcore such as Sowing the Seeds of a Worthless Tomorrow can make a pretty big impact in an abbreviated package, but in its moments of ecstasy, like the lightning-storm doom of “Low,” it’s hard not to wonder just how much bigger this brutal beauty could have been.