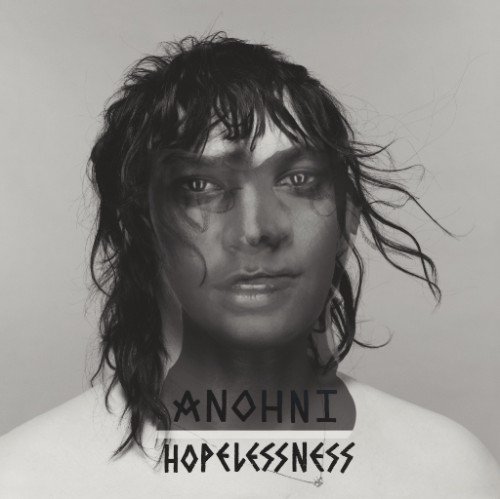 ANOHNI has just announced her debut solo album, Hopelessness. On May 6 she’ll release the new album via Secretly Canadian and Rough Trade. The album is a collaboration with Hudson Mohawke and Oneohtrix Point Never, and includes songs about “surveillance, drone warfare and ecocide,” according to a press release. That’s the album’s artwork above. Today, she released the second single from the album, “Drone Bomb Me,” which follows the recently released “4 Degrees.” The new track was released in the form of a new music video that features Naomi Campbell. Check out the video below, and take a look at the album’s tracklist.