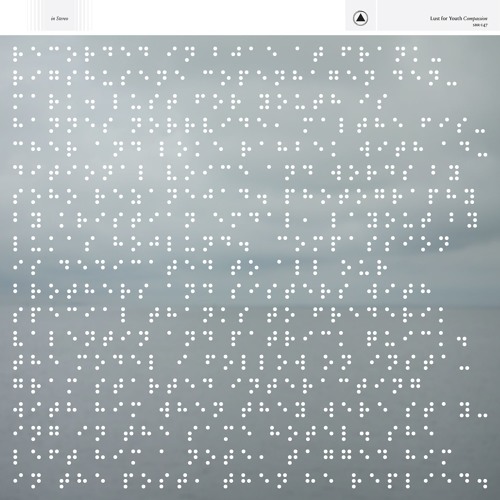 Lust for Youth‘s Hannes Norrvide is on a journey. The Danish producer and songwriter began his career exploring the dark recesses of post-punk and darkwave through seductively hazy waves of synthesizer and bass, his compositions more about atmosphere than strong melodies. And for what it’s worth, that atmosphere’s appeal was hard to deny, an intoxicating backdrop for goth clubs, dens of iniquity and other low-lit, debaucherous locales. That began to change with Norrvide’s 2014 album International, a more brightly shimmering transition into Balearic beats and the chart-friendly approach of Depeche Mode’s second wave. The darkness and the ambience still lingered around the buoyant beats and lyrical narratives inspired by the likes of disgraced champion cyclist Lance Armstrong, but compared to that of Perfect View just one year earlier, appeared as mere contrast rather than the hue that washed over the album’s whole.

On Compassion, Lust for Youth’s sixth album, Norrvide & Co. push even further into a more accessible electronic pop realm and embracing melody with open arms. The kernel of the synth-pop outfit’s pop explorations certainly began with 2014’s “Epoetin Alfa,” whose tropical-goth beats and sleek post-punk guitar licks revealed not only a greater diversity to the band’s stylistic scope—relatively speaking, that is—but a better grasp on enduring melodies and stickier hooks. Compassion finds Lust for Youth gaining progress along that same path, delivering what amounts to their strongest set of songs to date.

For the most explicit measure of the band’s progress, look no further than leadoff track “Stardom.” The song rings brilliantly with a riff of gorgeous synth chimes, dreamy guitars and even a bright surge of major chords. You could almost mistake the song for M83 without squinting all that much, its big-hearted, pop-friendly sound something of a revelatory breakthrough for Norrvide. Or so it would seem: “Limerince,” just one track later, finds itself frolicking on ecstatic Ibiza beats and Hacienda vibes, taking more cues from the nearby Swedish Balearic revival than the Copenhagen post-punk scene of which they were born. The brightness and sheer bliss of the track delivers one surprise; their acumen in pulling it off so perfectly offers another.

Lust for Youth’s evolution has no doubt been surprisingly fun to witness, though some of the best moments on Compassion are still those that carry a trace of vintage darkness. “Sudden Ambitions” initially feels like another nod toward tropical hedonism, though it’s built up from an “Enjoy the Silence” blueprint, albeit with hazier textures. And “Better Looking Brother,” the longest track at seven and a half minutes, has the most urgency to it, its intense and compulsive beat driving deep into a realm once pioneered by New Order circa Technique. Compassion loses some of its momentum immediately thereafter, and it’s almost impossible not to. After such a thrilling middle section, all that’s left is the come down, and ultimately tracks such as “Display” and “In Return” mostly halt the momentum of the album. It’s a minor flaw, however, and even without the same drive as the album’s peaks, each song on Compassion is uniformly stunning in arrangement. There may never come a point at which Lust for Youth fully embraces pop in its purest form, but here they at least prove it’s well within their grasp.