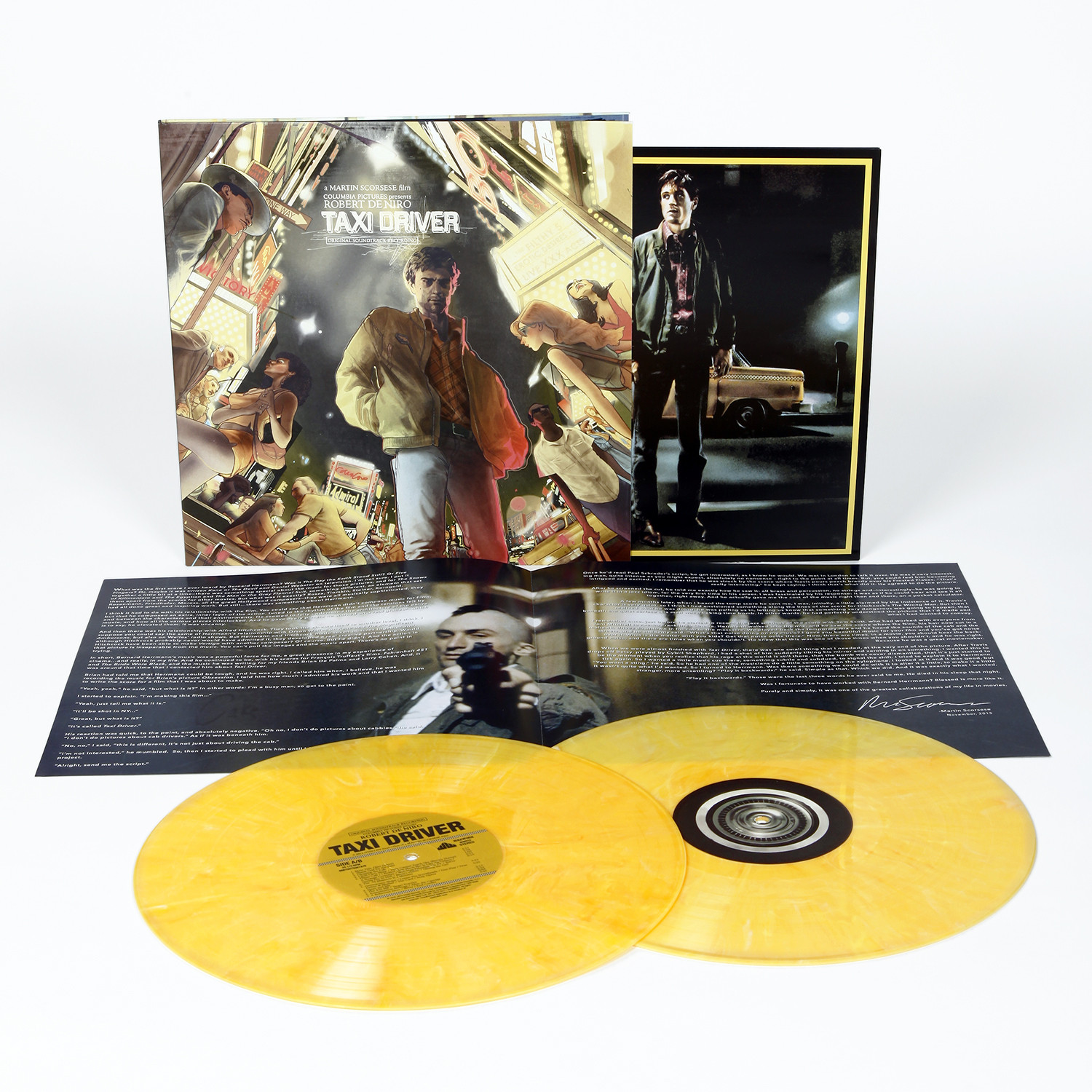 The soundtrack to Martin Scorsese’s Taxi Driver is being reissued on vinyl for its 40th anniversary. Waxwork Records is releasing a colored vinyl edition of Bernard Herrmann’s score for the iconic film, with packaging artwork from Rich Kelly and liner notes from Scorsese. The 2xLP release includes the complete score, which is being released on vinyl for the first time, plus a remastered version of the original soundtrack released in 1976. Check out the tracklist below.

1. Main Title
2. Thank God for the Rain
3. Cleaning The Cab
4. I Still Can’t Sleep/They Cannot Touch Her
5. Phone Call/I Realize How Much She Is Like The Others/A Strange Customer/Watching Palantine on TV/You’re Gonna Die in Hell/Betsy’s Theme
6. The .44 Magnum is a Monster