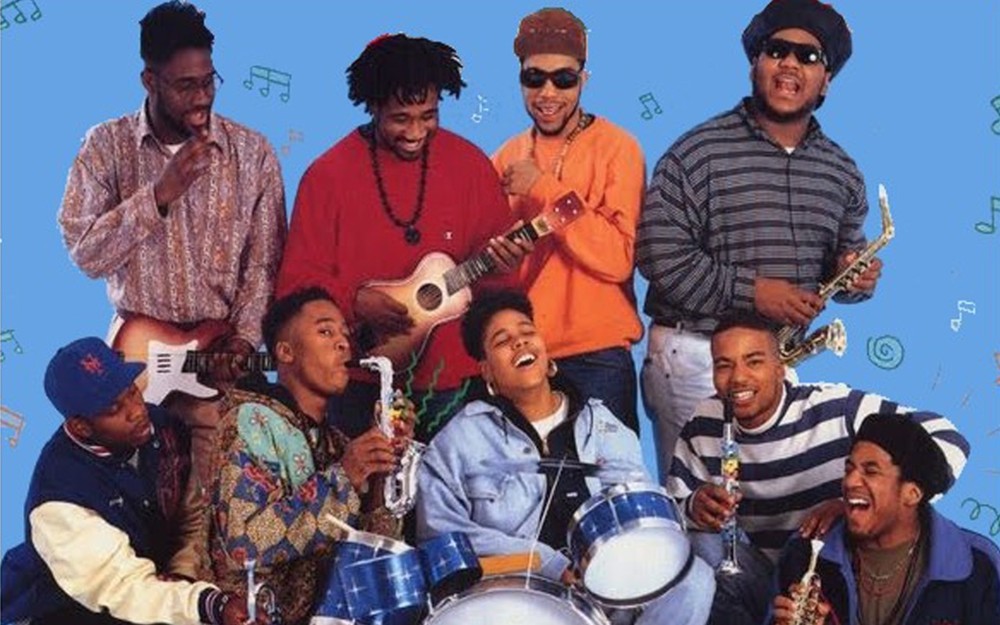 For a certain generation of listeners coming up in a certain era—the late ’80s and early ’90s to be precise—the Native Tongues name will likely invoke a fond nostalgia. A loose collective formed between several New York hip-hop groups, including De La Soul, A Tribe Called Quest, Black Sheep and founding troupe Jungle Brothers—with origins in Afrika Bambaataa’s Zulu Nation—Native Tongues represented a brave new world in hip-hop. A movement representing ideals and styles different than the burgeoning gangsta rap movement, Native Tongues’ records often featured a mix of jazz samples, playful wordplay, thoughtful social commentary and humor—not to mention some outstanding beats, rhymes and hooks. After the untimely loss last month of A Tribe Called Quest’s founding member Phife, we thought it appropriate to revisit some of the best songs to come from this group of artists and celebrate their contributions to hip-hop. Read and listen to our picks: 10 Essential Native Tongues tracks. 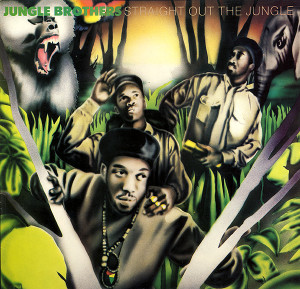 The founding members of the Native Tongues collective, Jungle Brothers formed in 1987 in New York City with an ear for jazz samples and a flair for Afrocentic lyrics. “Straight Out the Jungle,” from their debut album of the same name, is something like a mission statement for the group, juxtaposing a playful sensibility with a clear-eyed social consciousness: “Struggle to live struggle to survive/ struggle just to stay alive/ ’cause inside the jungle you do or you die.” The track also finds the JBs nodding to hip-hop history as well, with a sample of Grandmaster Flash’s “The Message” finding its way in between the grooves. Just a couple months later, coincidentally, N.W.A. would release Straight Outta Compton, revealing a stark juxtaposition in tone between the burgeoning gangsta rap sound and the more positivity-focused Native Tongues. – JT 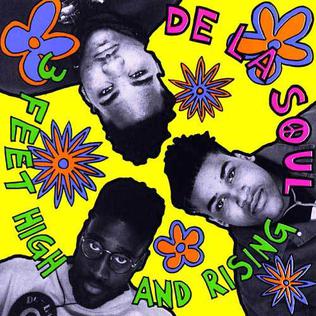 De La Soul explained in a Vlad TV interview that the hype surrounding the Native Tongues collective was an unintended consequence of being a bunch of friends with similar tastes and goals making music together. They also said that the connection between all of the various groups can more or less be tied to one recording: “Buddy.” A classic posse cut featuring Q-Tip and Jungle Brothers, the laid-back single (with dynamite production courtesy of Prince Paul), “Buddy” is a fairly tame account of admiring female forms (unlike, say, Raekwon’s “Ice Cream,” which gets pretty raunchy). And like every other song in this list, it’s easy to love. However, the 7-minute remix version of the track also includes Phife, Monie Love and Queen Latifah, making it a Native Tongues reunion of epic proportions.  – JT 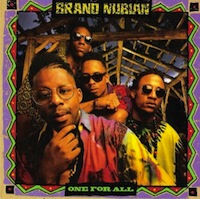 New Rochelle’s Brand Nubian were peripheral members of the collective, affiliated more than directly involved, though their aesthetic and outlook tied in with the Tongues’ brand of dexterous wordplay and conscientous social themes. “Slow Down” is a little outdated in its living-too-fast cautionary tale (and yeah, probably a little mainsplain-y) but the track holds up, if for no better reason than Grand Puba’s loop of Edie Brickell’s “What I Am,” which is remarkably funky in context. That being said, it’s not the only thing that carries the song—preachy or not, the flow is unstoppable. – JT 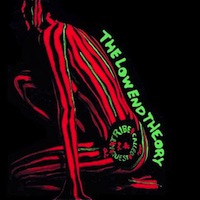 I first heard A Tribe Called Quest, and this song, in a strange place: the soundtrack to Tony Hawk’s Pro Skater 2. (Silly as it sounds, I also stumbled upon Gang Starr, Deftones and Bad Religion, if I recall correctly, through that video game.) “Buggin’ Out” is the epitome of stripped down, beginning with a simple but rich bassline and then letting in the late, great Phife Dawg, “the 5-foot assassin with the roughneck business” – on a sharp kick-snare, relying on only those elements, some ride taps and a vocal-sample hook to support Phife and Tip’s tag-team rhymes. But this song is special to me because then (as now) it seemed so full of joy at the sheer pleasure of creating hip-hop, a genre I realized at that moment could be true art. – LG 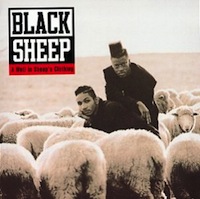 Black Sheep – “The Choice Is Yours (Revisited)”
from A Wolf in Sheep’s Clothing (1991; Mercury)

Black Sheep, much like the other prominent Native Tongues groups, embodied an approach to hip-hop built on a foundation of convention shattering artistry and individualism, though they leaned heavy on satire, as prone to poking fun at hip-hop tropes as they were to embrace them. Biography played a role in their outlook—group member Dres spent a brief period in jail, and his experience led him to turn away from the idea of glamorizing crime narratives. Merits of consciousness vs. grittiness aside, it’s hard to find a hip-hop song from the ’90s that’s as much fun to listen to as their 1991 hit “The Choice Is Yours.” Juxtaposing samples of McCoy Tyner with Iron Butterfly and oddball shoutouts, it’s nothing less than crackly boom-bap euphoria, loaded with notable quotables—”Engine Engine number 9,” “Doo-dah! Dip-ity!”—and shout outs to their comrades in Jungle Brothers, De La Soul and A Tribe Called Quest. You can’t beat that with a bat. – JT 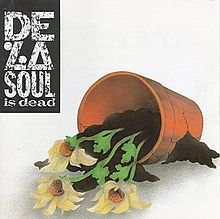 Let’s first marvel at the sheer funkiness of this rollerdisco megajam. A combination of samples from the likes of Chicago, The Mighty Ryeders, Young-Holt Unlimited and Tower of Power, “A Rollerskating Jam Called ‘Saturdays'” is a groove junkie’s wet dream. But the 1991 single—an ode to letting it all hang out for the weekend—finds some of the Native Tongues heavyweights, including guest emcee Q-Tip, teaming up for a party track that hasn’t lost any of its appeal 25 years later. It’s not hard to make Saturday sound appealing, but we’d only be so lucky if every weekend was as fun as this sounds. – JT 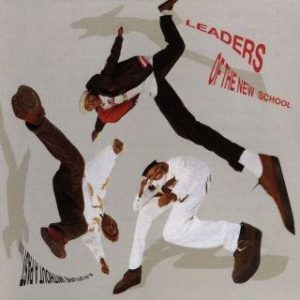 Leaders of the New School – “The International Zone Coaster”
from A Future Without a Past (1991; Elektra)

Leaders of the New School never quite achieved the level of success that peers such as De La Soul or A Tribe Called Quest did, and it wasn’t until their guest appearance on Tribe’s iconic posse track “Scenario” that they made a bigger breakthrough. Still, they were an important group in the collective, if for no other reason than being the team that gave rise to the success of Busta Rhymes. Busta takes the first verse on “The International Zone Coaster,” an upbeat jam that perfectly represents the group’s old-school, Beastie Boys-like call-and-response lyrical style. It’s not terribly deep stuff—playing hooky and having fun is the name of the game here. But if you’re gonna ditch and have a good time, this isn’t a bad jam to spin. – JT

By no means is “Scenario” the first hip-hop posse cut, but you can argue that it’s the greatest. Certainly few are as chock-full of quotable lines: You’ve got Phife shouting out his New York Jets fandom with, “Brothers front, they say that Tribe can’t flow/But we’ve been known to do the impossible like Broadway Joe.” Q-Tip’s verse is one of his shortest, but has a couplet that epitomizes the Native Tongues goal: “I love my young nation, groovy sensation/No time for hibernation, only elation.” And then there’s the early appearance from Busta Rhymes, then a relative unknown from Leaders of the New School, displaying what’d become his trademark verbal dexterity and madcap charisma: “Try to step to this, I will twist you in a turban/Have you smellin’ ripe like some old stale urine.” (There’s a reason why Nicki Minaj pays him homage on “Roman’s Revenge,” as he helped pave the way for her own gleefully batshit style.) Most importantly, though, “Scenario” is so goddamn fun and positive without being didactic or moralistic, and it’s justly celebrated as an example of the best the Native Tongues movement had to offer. – LG 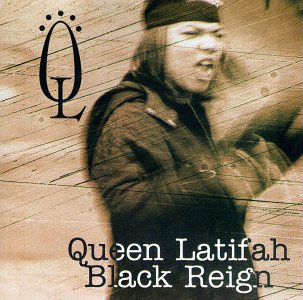 Who you calling a bitch?! Queen Latifah, aka Dana Owens, barks back in protest over a jazzy beat, confronting the rampant misogyny in rap music of the ’90s. “U.N.I.T.Y.”, from 1993’s Black Reign, challenged the status quo in many ways. It became the fight song for women in rap and female rap fans that had grown tired of being called a bitch or a ho, of having men grab their ass, of being physically assaulted. And it was performed by a talented female MC who was bringing consciousness on the female experience in hip hop and telling the ladies they can be more than just video hoes. I wish we could say that “U.N.I.T.Y.” changed the course of rap music’s misogyny, but we all know that didn’t happen. Women are still bashed, objectified and slut-shamed over a tight beat to this day. It did make an impact though. No other song has been able to surpass its importance as a feminist rap anthem, but many female rappers have come since then to push back against the men. We can thank Queen Latifah for firing the first shot. – AZ 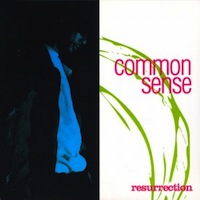 Chicago’s Common, formerly known as Common Sense, came along a couple years after the initial explosion of Native Tongues groups, but his emergence was no less an impressive one. His 1994 track “I Used to Love H.E.R.” remains his greatest moment, an extended metaphor on hip-hop as infatuation, personified in such an innovative and persuasive way that the practice eventually trickled down into other songs, including millennial indie rock. As depicted through Common’s words, hip-hop grows up, gets in to jazz, starts flirting with other scenes and eventually sells out: “Now she’s a gangsta rollin’ with gangsta bitches.” The sentiment, this day and age, might come across like some elitist backpacker haterism. But even the most poptimist listener surely can’t find fault with the sheer artistry in which Lonnie Lynn laments the loss of his first love. – JT