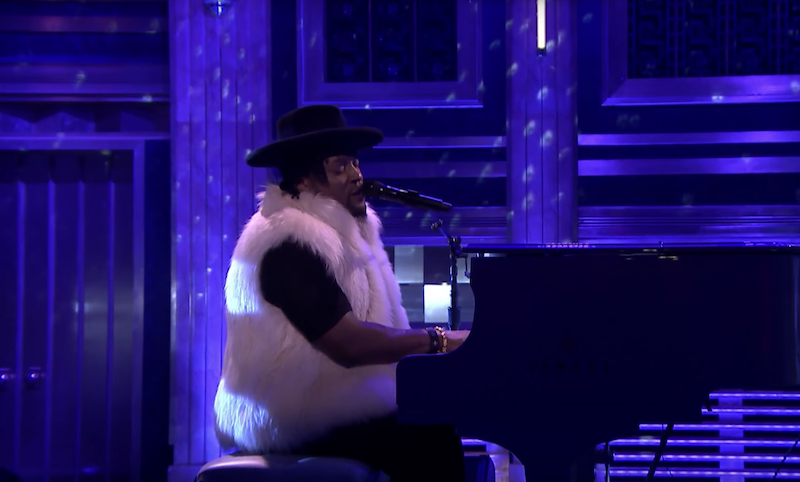 Tributes have been flooding in since the news of Prince‘s death last week, and tonight we got a hell of a tribute courtesy of D’Angelo. He was a guest on The Tonight Show Starring Jimmy Fallon, and performed a cover of “Sometimes It Snows In April,” the closing track from 1986’s Parade. Maya Rudolph and Gretchen Lieberum, who sometimes perform Prince covers under the name Princess, joined him, and D’Angelo was bathed in purple light for the performance. D’Angelo added his own personal spin on the cover, changing some of the lyrics to “I often dream of heaven/ I know that Prince is there.” Watch the D’Angelo Prince tribute below.

Following the airing of the performance, The Roots’ Questlove tweeted the following.

i wanna thank @FallonTonight staff for letting that happen. us fans are hurting because we didn't have a "goodbye" or a chance to mourn.

This was the second tribute to Prince on Fallon in the past week, following a pretty spectacular story about ping-pong.

Read our roundtable on our memories of Prince.