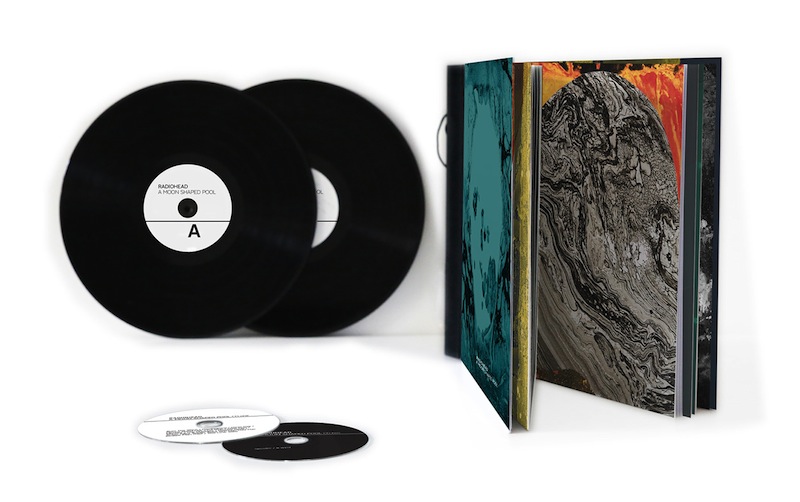 Radiohead have released their highly anticipated new album, A Moon Shaped Pool. It’s available as a digital download via the band’s website (for $11—the pay-what-you-want model ended with In Rainbows, apparently), as well as in physical formats, shipping in June. There is also a special edition, as seen above, that features a bound case, double vinyl edition of the album, CD (with two bonus tracks), a 32-page book, and a piece of the original master tapes. “The tape degrades over time and becomes unplayable,” reads the product description. “We thought rather than it ending up as landfill we would cut it up and make it useful as a part of the special edition. A new life for some obsolete technology.”

A Moon Shaped Pool follows 2011’s The King of Limbs.

Read our recent Remake/Remodel feature, with an alternate tracklist to Radiohead’s Hail to the Thief.