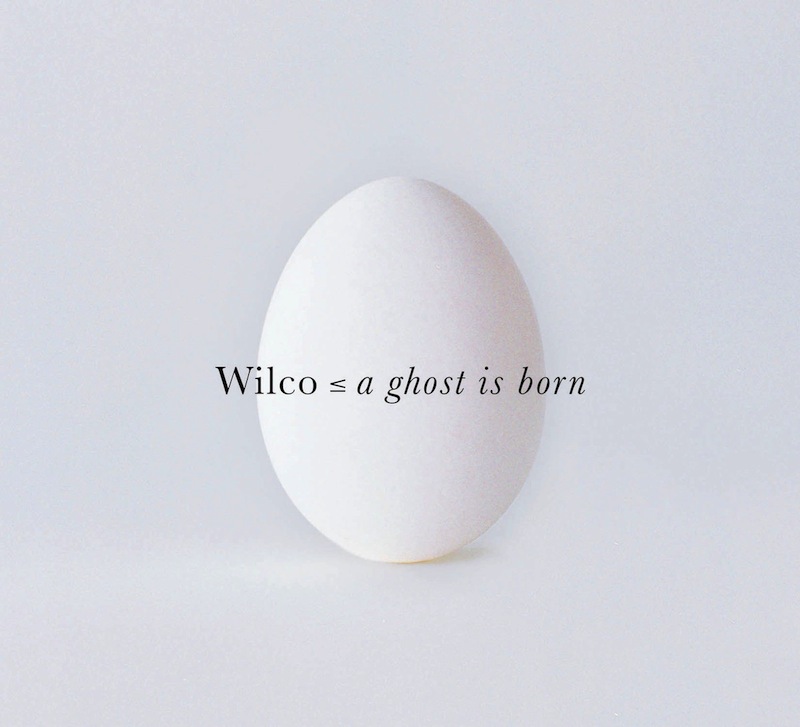 Welcome back to Remake/Remodel, the weekly column in which one of Treble’s editors or contributors takes a classic—if imperfect, to our ears—album, and proposes an alternate tracklist in an effort to provide a different, albeit highly enjoyable listening experience. This week, we revisit an alternately monumental and difficult album from Wilco, A Ghost Is Born.

Originally released in 2004, A Ghost Is Born followed arguably the biggest album of the band’s career, Yankee Hotel Foxtrot. In a sense, it seemed almost unfair to try to follow that album. Its reputation preceded it, even before the critical acclaim, and even now its nigh-mythological status overshadowed what was to follow. Instead of building on that foundation, the band released a sort of bizarre take on a Neil Young album, which in some respects was an even bolder direction than its predecessor, given the mixture of artful experimentation juxtaposed with more familiar rock tropes. Sometimes it all felt like an awkward fit, but in its greatest moments, it stood toe to toe with YHF.

A Ghost Is Born is rarely regarded as either Wilco’s best or worst album, instead a curious middle ground where the band’s level of success had allowed them to pursue something unusual while ultimately writing some ace rock songs. They did fuck with their audience a little though, which is why upon its release it didn’t yield the same level of acclaim as its predecessor. Releasing a 12-minute song comprising 80 percent feedback was kind of a test of listeners’ will, and despite the intricate detail of some songs, toward the end it seems like they started tacking on b-sides for no apparent reason. Inside a B+ album was a solid A, however, and that’s where we come in.

What’s Gone: “Hell Is Chrome” (not a bad song, just felt unnecessary in the new sequence), “The Late Greats” (also not bad, but maybe too slight), “I’m a Wheel” (easily the album’s worst song) and “Less Than You Think” (mostly a feedback drone, would be cool in a gallery exhibit but causes a pretty significant drag on the album itself).

With the castoffs out of the way, let’s get to the proper Wilco A Ghost Is Born alternate tracklist. Listen to the playlist below to evaluate our version for yourself.

The actual opener of A Ghost Is Born, “At Least That’s What You Said,” is a good song—maybe even a great one. But in its opening, it’s barely there, a hushed and insular track that finds a powerful climax just as your ears have adjusted to the relative silence. It doesn’t feel like an opener. So instead we go with a song that offers something more urgent from the get go—and then keeps going and going. I’ll go ahead and own up to the fact that starting off an album with a 10-minute song is a little unorthodox. But for a song so obviously inspired by krautrock, it feels fitting to be the one to start the record, much as Can frequently began their records with lengthier tracks. And the pulse of it brings a much needed jolt of energy to the start of the album, and unfolds with the looseness of a live set.

“Company In My Back”

It never made much sense to me that A Ghost Is Born’s catchiest, and perhaps best, song was buried in the second half. Sometimes I’m utterly baffled by the weird sequencing of the whole thing, but that’s what this exercise is for. It ends up as song two, following a behemoth art-rock pulse and offering a gorgeously arranged pop song that nods to the band’s alt-country past while blending in the progressive pop elements of Todd Rundgren. It’s a hit, even though it wasn’t.

Another upbeat pop tune with an undercurrent of melancholy. It gets bumped up just a little bit, for the sake of maintaining the pace and the energy already established in the first half of the tracklist.

Finally, after about 18 minutes, we take a step back. The sunny pop progression of “Hummingbird” makes an excellent transition into the breezy psychedelic folk of “Muzzle of Bees.” This track is like a lot of others on the album, in that it begins in a much more sedate than where it ends up in parts, but the relative calm of the track is never boring. Quite the contrary—it’s a stunning, intricate piece of songwriting with a dramatic flair that flourishes toward its outro.

“A Magazine Called Sunset” (from More Like the Moon EP)

And here we have a nice little cha-cha. No wait! It’s just a tease. The second half of our program is where we get really crazy and start putting in songs that weren’t even on A Ghost Is Born. This glorious, Beach Boys-inspired number very well could have been one of the catchiest singles of this era of Wilco’s career, though they weren’t interested in releasing it as one, it seems. Featured on the free digital EP More Like The Moon, “Sunset” was essentially an outtake, which is too bad. It’s a great tune, and certainly a good measure better than some of the shorter songs that actually did make it to the album.

I always half-expect “Theologians” to turn into David Bowie’s “Changes,” which is part of why I enjoy it so much, I suppose. But it’s a strong enough song on its own, indeed inspired by Hunky Dory-era Bowie, and featuring a pretty spectacular guitar solo. It doesn’t move too far from its original spot, but it takes less time to get here. That’s something.

You’ve probably noticed by now that I’ve put some effort into keeping up a level of energy on this version of A Ghost Is Born that the original seems too often intent on halting. But a good album needs its gentler moments, and this is one of those—a Dylan-style (or Elliott Smith-style) acoustic track that displays a beautiful simplicity present in many of the best Wilco songs.

While we’re here in this quieter, more elegantly restrained place, why not transition into one of the prettiest songs that A Ghost Is Born had to offer?

The album version of “Handshake Drugs” is a little punchier than this one, and I definitely see the appeal in that. But something about the looser, Neil Young-like jam of the EP version feels more natural. So we’re putting this one as the penultimate track before a dramatic finish.

“At Least That’s What You Said”

Now this, this is a closer. It was a good opener, don’t get me wrong. But as an end to an album? It’s a triumphant exit. A powerful encore of artful songwriting and brilliantly executed guitar. “At Least That’s What You Said” is one of Wilco’s real showpieces, but it always made more sense as an exclamation mark than the beginning of the sentence, and so we close with a mesmerizing psychedelic dirge. Bravo.