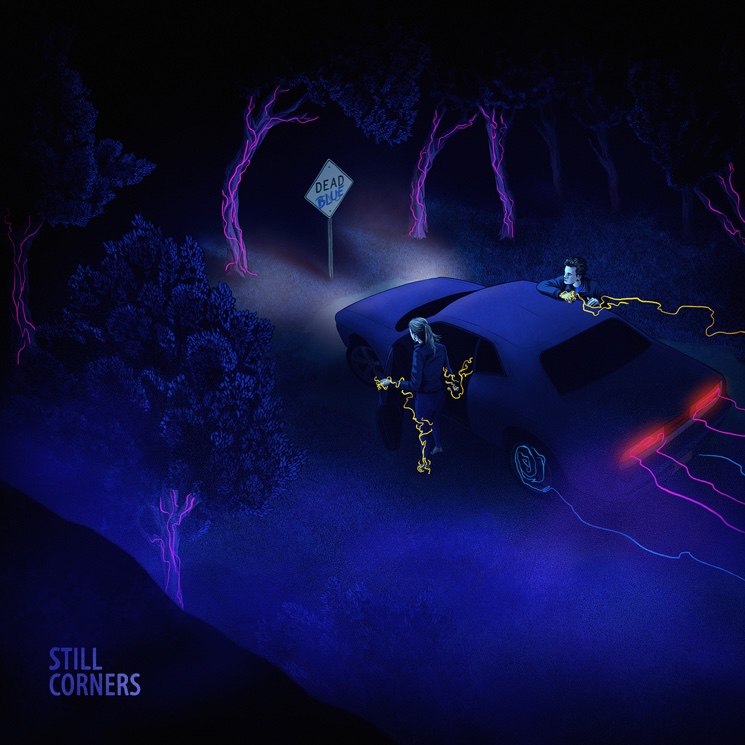 UK synth-pop duo Still Corners are returning this year with a new album, titled Dead Blue, out September 16 via their own label, Wrecking Light. It’s their first not to be released on Sub Pop, and today they’ve released a new video from the album, for leadoff track “Lost Boys.” You can watch the video for that track below. In December the band released a track called “Horses at Night,” but that doesn’t appear to be on the album.

The band’s Greg Hughes said the following about the album in a press release: “This album is an expression of our fears and our desires in an effort to get a handle on our past experiences and the world around us. The more you know your own darkness, the more you can control those triggers to prevent all out wild fires in your own life. There’s an old Native American tale where an elder tells a boy about the two wolves that live in his heart. One is love and one is fear. They are in a battle. The boy asks, well ‘which one wins?’ The elder replies, ‘the one you feed most.’ A big part of winning that battle against fear is knowing what triggers it.”