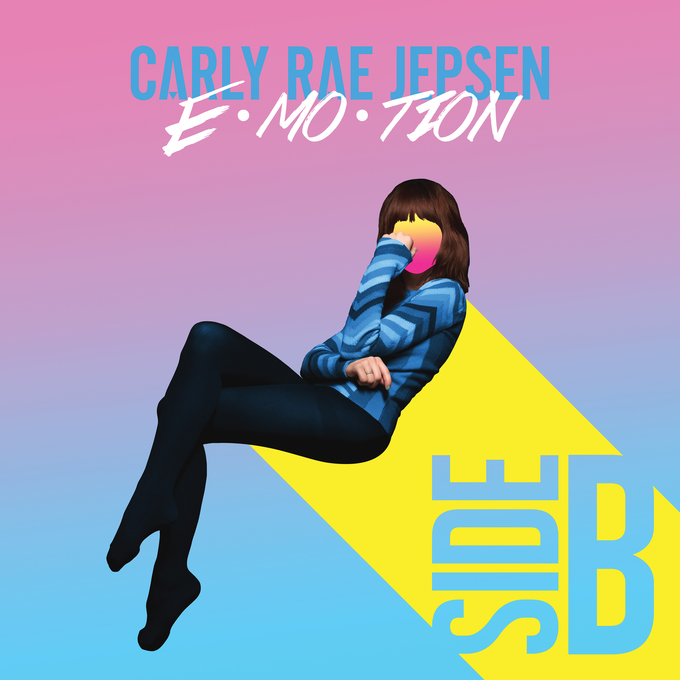 To mark the one-year anniversary of her 2015 album Emotion, Carly Rae Jepsen has just released Emotion Side B. The new set of music features eight songs that weren’t on the original album, and were cut from the tracklist when her label suggested the number of songs had to be pared down. In a statement to fans, which you can read below, she also says that a new album is on the way. The song “Body Language” was co-written by Devonté Hynes of Blood Orange. Check out the tracklist below, and stream the new EP via Apple Music.

Read our Remake/Remodel article, in which we assemble an alternate tracklist to Carly Rae Jepsen’s Emotion. 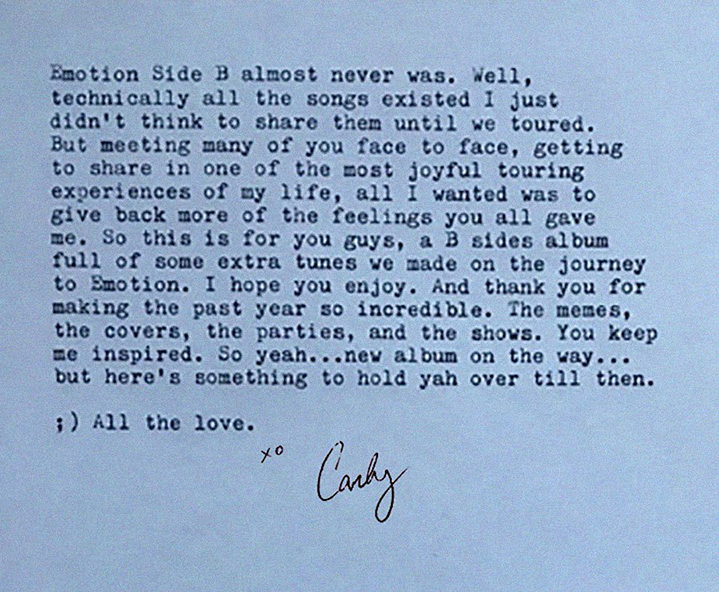