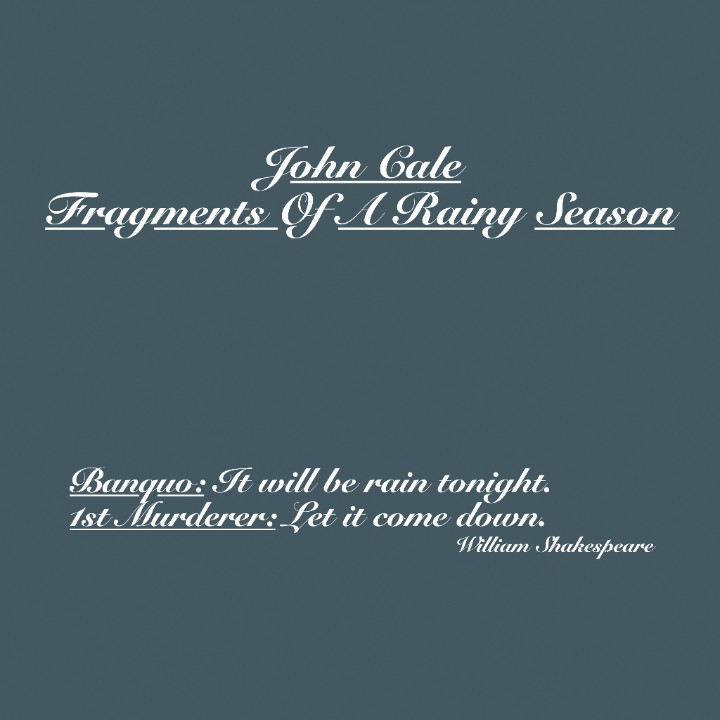 John Cale has announced an upcoming reissue of his 1992 live album Fragments of a Rainy Season, which is being released on December 9 via Double Six/Domino. It’ll be available on CD, triple-LP and digital formats, with eight bonus tracks of previously unreleased outtakes. Cale has also shared a new video for his cover of Leonard Cohen’s “Hallelujah,” directed by Abby Portner, which you can watch below. Take a look at the full tracklist below.

Earlier this year, Cale reissued his 1982 album Music for a New Society, along with his updated version of the album, M:FANS.