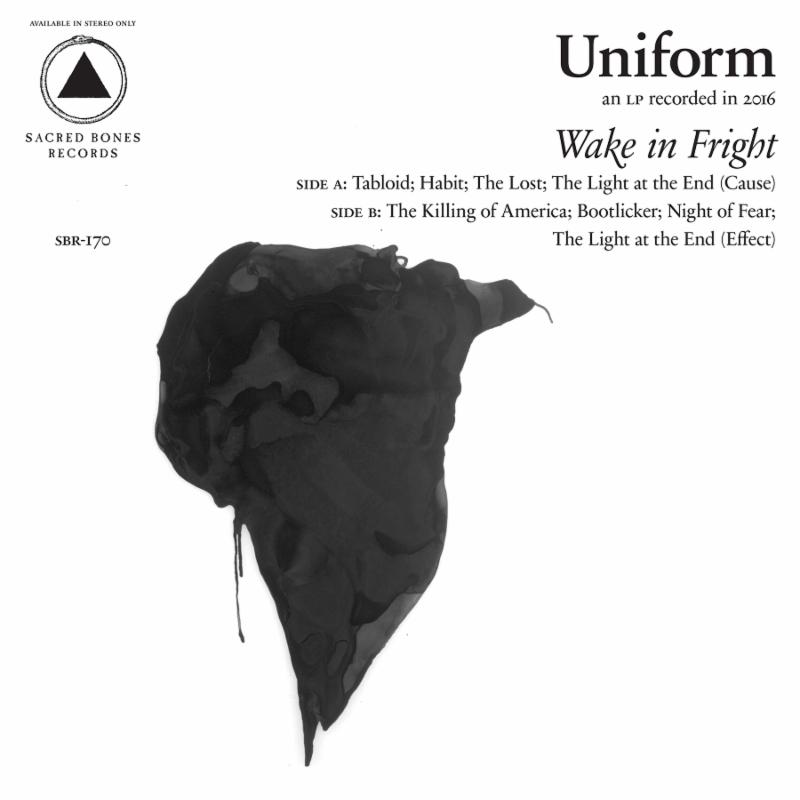 New York industrial/noise rock duo Uniform have just announced a new album. Following the release of their Ghosthouse 12-inch EP from earlier this year, the group has announced Wake in Fright, due out January 20 via Sacred Bones. That’s the album’s artwork above. The group has also shared a first track from the album, “Tabloid,” whose noisy guitars and thudding percussion can be heard below. Sounds like it’ll be a cacophonous beginning to 2017! Listen to the Uniform “Tabloid” stream below.

This week, Sacred Bones’ releases are available as name-your-price downloads via Bandcamp (including Ghosthouse), with proceeds going toward Standing Rock water protectors in North Dakota.